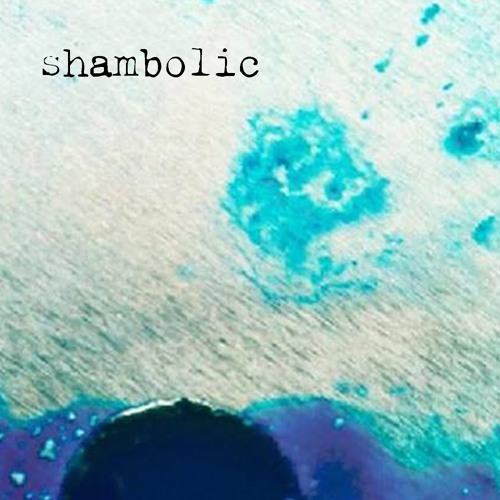 shambolic aren’t messing around, for this is rock, rock that is raw, and fucking kicks arse. It’s rock with a huge dose of punk and post-punk attitude. But it’s a set of songs that really deserve a closer listen.

Usually with albums I do a highlights review, picking my standout tracks but this is very very difficult as there isn’t one track that strikes you as filler material, it’s all good. In fact it’s all very good. So let’s kick off with some sort of attempt to describe the sound. It is, as I said, rock. Yep there is the bass pulse, pounding drums and searing swirling guitar of post-punk but it’s harder, it’s punkier.

Album opener ‘Resurrection Time’ sets the scene. It’s all hard guitars, drums that pound, vocals that shout, that growl. It’s relentless. It has those post-punk dropouts – you know when the guitars dropout leaving bass, drums and vocals. It has these bits that sound a bit like Stiff Little Fingers.

‘Collateral Damage’ sounds more post-punk. It soars. But listen closely and you start to hear the words, and these are words to listen to, to hear, to think about. And while you’re at it, just listen to that guitar for it is wonderful. And now it goes dark, for ‘Stones’ is one of those oh so epic post-punk tracks that drags you down, way down in the dark.

‘Gallows Yard’ is heavy, frankly I’ve heard metal bands that aren’t as heavy as this. The guitars roar. The vocals shout. There are guitar sounds that scare me, so dirty are they. And then ‘Imploding Sun’. This is more post-punk, it has that swirl, that guitar that makes you want to spin. A bass that pulses. I challenge anyone not to be up and throw shapes the moment this thing starts.

And then there is ‘Frozen Hill’, something that is punky, it’s heavy, it’s raucous, it’s fast, it just beats it’s way into your head and leaves you breathless. ‘Treason’ is just as fast but it’s polished, it’s not as raw.

And onto one of my favourite tracks ‘Girl On Drugs’. This is a maelstrom of sound, a swirling sonic attack. And those vocals, growly, at the edge of what singing is. It has the most infectuous bass line. It does the quiet loud thing bursting out in the most glorious sound. ‘Gotta Buy A Gun’ is another favourite. I love that choppy guitar sound and the sudden and surprising shouted chorus. And the words of this are great.

Album closer ‘Summer Time’ is closer to punk, it has that choppy guitar riff thing going on. A chorus that is horribly catchy. But there’s a tune, a tune you can hum, honest.

The thing about this album is that while a cursory listen may leave you thinking ‘well that’s a bit of a noisy blast’, and on one level it is, you could listen to it and really like it just for that raucous punky/post-punk rock thing. I did when I listened to it the first time but a closer listen will throw up the, what shall we call it, subtle touches of playing and arrangements for shambolic can really play. And it’ll start you really paying closer attention to the words which really deserve closer listening.

World Torn Apart is available to download from https://shambolic.bandcamp.com/ (other digital providers are available) or on CD from https://www.shambolicofficial.co.uk/ 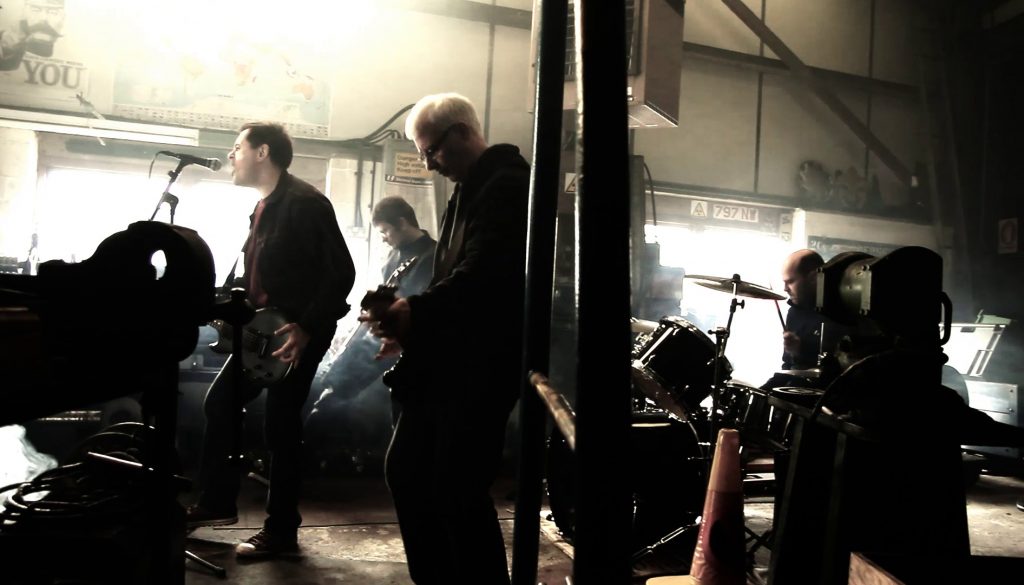 shambolic was formed in the mid 1990’s in the north of England out of the ashes of various post punk guitar bands. The line up has remained unchanged since then: Jonathan Wakefield – Guitar, Pete Dukes – Bass & Vocals, Matt Washington – Drums, Richard Heeley – Vocals & Guitar.

Brought up on politically charged, socially aware guitar music, shambolic keep the faith in their song writing, serving up barbed slices of angry rock and roll.

Not to be mixed up with a constant flow of wannabe’s nicking their name, shambolic have maintained their no-nonsense approach to their artform, reflecting the shambolic nature of the world we all live in.

With several CD releases under their belts, this year saw the completion & launch of ‘World Torn Apart’ which is shambolic’s first full studio album. This recording session has captured the essence of the band with blistering accuracy. It delivers 12 sharply focused tracks mirroring some of the more unpalatable aspects of our troubled lives.