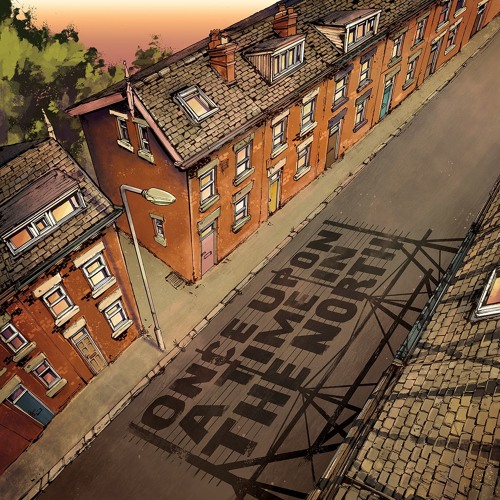 I’ve reviewed Sifaka’s single releases in the past and have really loved what they do but the tracks on this came as something as a bit of a surprise. I was expecting something of a soul/blues influenced rock feel with sometimes out there psychedelic freakouts. What I wasn’t expecting was some tracks with a feel of say Van Morrison. Yep it’s soul-y and blues-y but tt doesn’t do that freakout I was expecting.

I wasn’t disappointed just surprised for the songs on this album are incredible, sophisticated, fantastically well played and with something of a Celtic folky influence. And yes, there are parts of these songs where they build to an impassioned loudness. And the surprises don’t stop as you find. But there are, for those of you want it, tracks with that Sifaka thing I expected from the singles I’ve reviewed.

The opening track ‘Lady Blue’ illustrates exactly what I saying about the Celtic soul thing. It’s heavy on the organ and sax. It has some really fab mellow guitar. And yes it builds to an impassioned end but it’s a kind of blue-sy soul-y feel not a rock feel at all. The thing about this, and if I’m honest the album as a whole, is that the sound of it is, well retro. It sounds as though it was made in the 70s. For me this is a great thing I love things that sound like this, but I’d be the first to admit that others may not feel the same.

‘Little Brother’ continues in the same vein. It even has sometime of a Van Morrison vocal phrasing. And note I say ‘something of’ not copies, it’s an influence. This track comes with a slightly country feel in the arrangement.

But it is with ‘Small World’ that the first real surprise comes, for this is a country track, I guess if you pushed it you might say mellow country rock. And yes it features the odd burst of sax and organ but that really works. ‘Family Man’ really goes for that country rock thing.

‘Evangeline’ is an oh-so gentle ballad, with these soft swells,, and then all of a sudden it does that Sifaka thing, the thing I expected which is an absolutely gorgeous guitar break. And with a joy this comes back at the end. And the words of this song are just lovely.

And we are back with a rocky soul-y thing on ‘Sunday Morning’ – this has the most fantastic organ on it I’ve heard in a long time. Sifaka do that ‘well it may start off sounding like a mid-tempo slightly rocky track with a sixties feel but just wait’. As well as the lovely organ there is sax, there is sax in large amounts.

The mellow ‘Little One’ has some builds but they’re gentle. The guitar is great but it’s restrained, and all the more effective for it. The swapping between guitar and sax leads is really great. This one very definitely has a Van Morrison thing going on.

And the album closes with ‘Song For Jonny’ and people this is huge. It’s, well I’d guess you’ll call it, a ballad. But it’s big impassioned ballad. This people has everything, yummy backing vocals, those sustained organ chords, a huge sax break, an oh-so creamy guitar break. It’s just lovely.

So while I was surprised by some of the tracks on this album, reflecting on the singles (and taking a reminding listen), if I think about it the feel of the music and the mix of styles shouldn’t have come as a surprise, they’re all there in the singles. The album, and this is what albums should be for, has given the band a chance to stretch out and explore those influences in more depth.

So while this is an album you can pick and choose from, I’d suggest that it’s best listened to as a set of songs in the order the band has put them in. Doing that the album builds towards it’s closing track ‘Song For Jonny’ which is for me the absolute stand-out track. I know this isn’t what we do these days, we pick and choose and shuffle, but this is an album that benefits from that ‘old way’ of listening to it, all the tracks in the order the band decided to put them.

While Sifaka’s singles have a sophisticated sound to them, this steps up a level. The tracks are well written and arranged and played brilliantly. They sound organic and meant, they have passion and the feel is wonderful. And while it may sound to a certain extent retro, the way the band have mixed and merged the different sounds and styles is of them, and that makes it bang up to date. I love this album, it ticks a lot of boxes for me.

So if, like me, you’ve been yearning for something that reflects music of a certain kind from way back when, this is for you. If you’re into soul, blues, R’n’B with a tinge of rock, you got it. If you’re a fan of music that is played incredibly well, and that’s your only criteria, go for it. Or if you’re willing to just try something new, I suggest this is a great choice.

SINGLE REVIEW: FUDGE. – ‘Money To Be Made’

SINGLE REVIEW: Ava in the Dark – ‘Delete Us Forever’