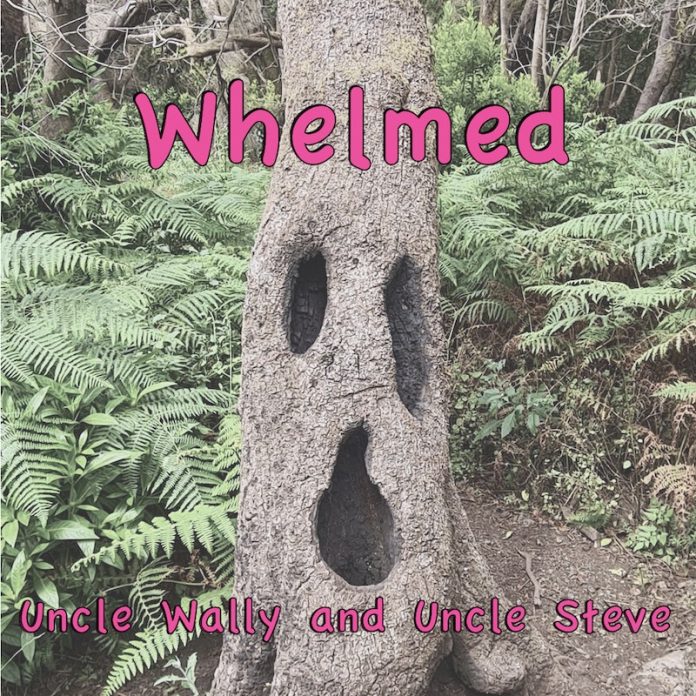 More than two years ago I reviewed Uncle Wally and Uncle Steve’s album ‘Saperlipopette!’. In that review I said something that bears repeating – “The name that this duo chose to play under – clearly their names are not Wally and Steve, or perhaps they are, that should remain a mystery – may indicate that what they do is some sort of novelty or comedy music. I guess I should own that comment, the name gave me the impression that what I was going to hear was some sort of novelty or comedic record. This is actually far from the truth”.

There is a mix of musician styles on this album; most of which sit in a sort of late 60s/70s/80s feel. And they are all played with an incredible amount of skill and feel. And this is why their music works.

The album opens with a jazzy song called ‘I’m Moving’. Gorgeous keys a-plenty, smooth guitar. If you wanted to pop into a niche I guess I’d say soft jazz-rock with a psychedelic pop edge – think The Doors. The song is about travelling, that urge to journey to new places. Look, I’m hooked. This is just wonderful easy listening music.

‘What Happened To Love?’ asks the question that some of us of a certain age might find ourselves asking ourselves in those sleepless nights. I’m putting my own interpretation on the song here; it seems to be about love among people, the love you have for your fellow man or woman. The feel here is jazz, smooth and kind of slippery, dreamy, and sounds kinda ageless.

We return to the theme of going away with ‘For A While’. It sounds like 80s pop with a heavy retro edge. In a slightly bizarre way it both reminds me of The Travelling Wiburys and the first Robert Plant solo album. Next up is the wistful ‘Blue Genes’ (and no that’s not a spelling mistake). It’s a story song, in a music vein that has more than a hint of 70s pop ballad.

‘Leave It There’ reminds in some ways of 10cc – it has a weird slightly white reggae feel – in a slightly Yacht Rock way – it combines sharp guitar and horns. It also has those lyrics that are, let’s describe them as ambiguous. ‘Why Won’t You’ continues that feel, but it’s harder, beatier.

That jazzy feel returns with ‘Slow’. It is again that sort of song that you only heard in the 70s. I don’t know how to put it exactly, but it sounds filthy and somewhat suggestive. However if you pay attention to the words it isn’t. ‘Yeah’ is basically Merseybeat with a modern feel, and appropriately is the story of a trip to Liverpool. It contains both words and music and Beatles tracks. It’s just a great ‘bit of fun’.

The album closes with an instrumental ‘we luv u’. It’s just lovely violin and strings sounds that are surprisingly compelling.

I have to be honest with you, because it’s not one particular style of music, it’s something you need to give a chance to. Once done, you’ll find this album hugely enjoyable. The world needs musicians like Uncle Wally and Uncle Steve; may they continue to make their music.