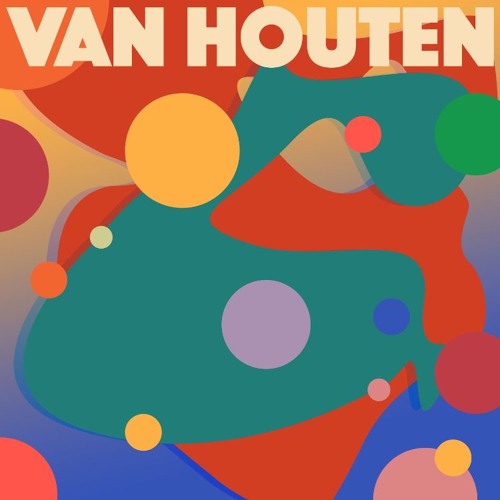 A while back I reviewed the first single release from this album – ‘Moon’ – and was really taken with it. I’m equally as taken with the album.

‘”Moon” is a psychedelic, dreamy pop thing, it’s just incredibly laid back, and takes you into a journey into the clouds, it has that mesmerising quality that takes you to another place, a calm and rather beautiful place. There’s nothing jarring there to trip you out of that calm mood it puts you in.’

Rather strangely the second track on the album – ‘Now That You’re Sitting Comfortably’ – is an instrumental. It’s a dreamy, although warped and wonderfully off-kilter, thing. It’s almost like an intro to the rest of the album.

‘Two Halves Don’t Make a Whole’ continues in that dreamy warped and off-kilter sound. It’s all sort of languid and laid-back. It has the most beautiful guitar break I’ve heard in a long time. ‘Questions I Forgot To Ask’ starts off all sparse and plaintive. And although there are lots of different sounds there, it retains this sense of space.

‘Running Scared’ is a Love-ish Latin sounding song that is heavy on the strummed guitar. Of the tracks so far it’s the most psychedelic sounding one. Although it’s slightly retro there are all sorts of things going on in it. I heard hints of Aztec Camera in ‘Moon’, that’s here as well.

‘Ever Changing Light’ returns to that languid laid-back dreamy feel but the thing about this that stands out is the absolutely lovely guitar. This is really beautiful folks. ‘Dearest Friend’ is so sparse, it feels like there’s less going on on than there is. There’s layers of sound but it’s put together so well it leaves space for the vocals and guitar. The guitar on this is wonderful, it’s all warped but not so much it jars.

Album closer ‘Thanks For Stopping By’ is another instrumental that ends with applause, quite rightly.

I have fallen musically in love with this album. The songs are wonderfully written, the playing is great, and the production is fantastic. There’s variation in the tracks, but the sound and feel of them makes the whole thing hang together so well. And it rewards repeated listening, there’s always something new to hear.

So that’s the objective ‘I’m a music reviewer’ view, the emotional music lover in me is left reeling at the beauty of the music on this album. I’ve listened to this in many ways but the best I found is to use headphones and lie on a sofa and such let myself wallow in the music. It’s achingly beautiful.

Largely recorded across just three December days, ‘Van Houten’ was produced by Martin Smith (Gomez, Bombay Bicycle Club, Richard Hawley). With Smith at the helm, Van Houten were able to realise their true sound. “We met Martin at a small bar in Sheffield. He went on to do a whole new mix and master of our then single ‘Ever Changing Light.’ The way Martin made the track sound made us realise what could be possible for our music. It was a match made in heaven.

“When making the album, we were able to finally sculpt the vintage Hi-Fi sound that we have always been searching for but have never been able to achieve. The title is Van Houten because this is the first work we have created that truly represents our band. This new sound is the true sound of our band,” Louis Sadler – singer – explains.

SINGLE REVIEW: Caesar Did It – ‘Changing’

SINGLE REVIEW: VALA – ‘Only One’

SINGLE REVIEW: Liam Sullivan – ‘When This Is Over’