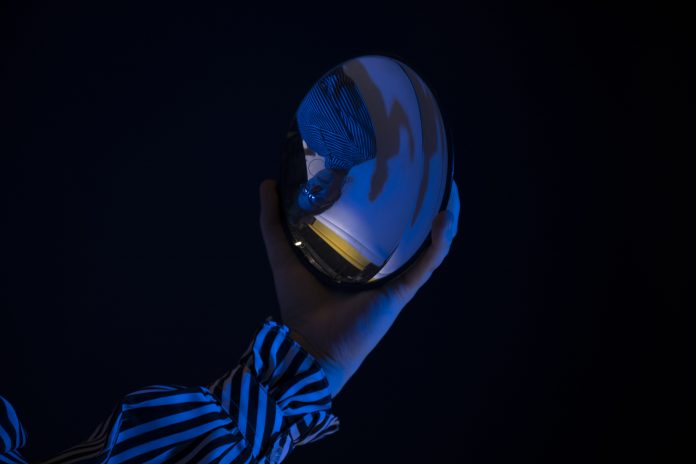 This, the second album from Leeds based triphop/darkjazz band freese trio, takes as its theme the effects of trauma: using metaphors to describe PTSD and patterns in behaviour, thoughts and emotions. In between getting the request to review it and actually writing the review I was diagnosed with late triggered PTSD, so I have a very personal connection with this music. Although I expected it to be a very difficult listening experience, it was.

Although I know what triphop is, I have no idea what darkjazz is. Yes, I get that the music on this has a jazz feel to it in places, and it’s dark. In fact much of the music on this album feels particularly oppressive, and introverted. Given my personal experience this feels absolutely right.

Album opener ‘Inner Voices’ is one of the lighter tracks, although lighter in this context is something of a relative concept. I mean this musically of course. The words are a different issue. It has, if you need some sort of ‘sounds like’, hints of Portishead. Although it’s hugely jazz influenced, the drumming on this track is particularly lovely.

It is with ‘Dig’ that I started to find this album really hard to listen to. It’s relentless, it’s dark and oppressive. Jemma’s voice is also prominent in this track and she uses a tone that is close to screaming in pain, it’s tortured. As it is musically. The track gradually reaches a peak of frenzied drumming. ‘Fear Machine’ continues with that relentless oppressive feel. Over a backing that features a bassy synth line that I actually found quite scary, Jemma alternatively spits out words and sings with a scared tone. It sounds, quite bizarrely, like late-period King Crimson in places.

‘Anchors’ is sparse, although it has this synth sound that gave me a feeling of huge pressure in the top of my head (this is one of the things I get when I have surges of PTSD – this is my personal way of describing what happens when my PTSD takes over my head). It sounds, like a person in pain mentally, if you’ll forgive that interpretation. ‘Spawn’ is spidery and stalking. Jemma talk sings over this.

So I have reached the halfway point of the album. Given how this album makes me feel I need to take a break to get myself together. Listening to the whole album in one hit is quite a difficult thing for me to do, if I’m honest.

So I’m back. ‘Black Gravity’ has something of a dubby feel to its triphop. Musically it’s less oppressive, less dark. It’s changing in feel. Although less dark musically it’s pretty relentless, its very length (nearly 6 minutes) makes for something that piles on the pressure, as does the build in the later stages of the track.

There is something very jazz about ‘Eat Your Heart Out’, Jemma uses this very jazz singer voice over the triphoppy backing in places. Musically it’s beautiful. ‘Immoral Playground’ feels very personal lyrically. Musically it sounds more of a soundpiece than a song. It has an almost improvised feel to it. The music twists and turns. ‘Pleasure Island’ is again lighter in feel musically. Lyrically it’s not at all light. Jazzy keys over a steady beat. And Jemma really stretches out vocally.

Album closer ‘Finally’ slightly reminds me vocally and musically of something I can’t quite put my finger on. Lyrically this is complex and deep. Musically it soars in places, in places it’s introverted and intimate.

Having not heard anything by freese tro before musically the tracks on this album impressed me hugely. It’s inventive, accomplished and brilliantly put together. I did however, and this happens very seldom, really want lyrics in front of me when I was listening to the tracks. The words are incredibly important. I’m going to be returning to the tracks as often as I can bear to continue to ‘hear’ more of them.

Feel wise – from a personal angle – it really does musically describe how PTSD makes you feel. Not all of it for me, the effects of that are going to be personal to each person with it, but much of it. As a result I found it a difficult listen. For those of you that don’t have the personal experience this album is going to help you know what it is to have PTSD. It’s not going to be be an easy listen for some of you, but it’s incredibly rewarding. I think it’s important that artists cover mental health issues in their music, many people are going to have conditions or know somebody that does, so it’s a universal subject. I applaud Jemma for tackling this important issue.

freese trio met at Leeds College of Music in 2014. They received a place on Manchester Jazz Festival’s Hothouse scheme in 2018 and Jazz North’s ‘Northernline’ scheme in 2019.

‘the beast in the blue print’ delves into the effects of trauma: using metaphors to describe PTSD and patterns in behaviour, thoughts and emotions based on personal experiences.

Jemma says, “Each composition delves into inner demons and truths that allow the audience to be reflective and gives them space to experience vulnerability. Each track tells its own story, with an underlying thread tying it all together; a blend of triphop, jazz and grunge to create a new genre of darkness: owning and exploring your own darkness.”