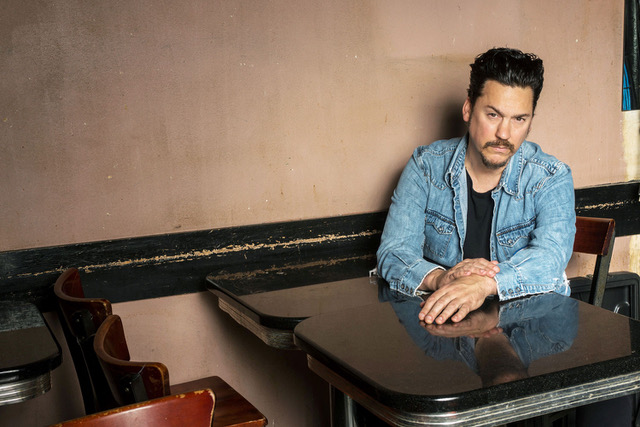 Through his decades-spanning career, Jesse Dayton has become one of the music industry’s best kept secrets and valuable weapons with a sound that blends rock, blues, old school country, punk-rock and zydeco. On Mixtape Volume 1, Dayton offers his own reinterpretations of songs from iconic artists including Neil Young, The Clash, Elton John, ZZ Top and more. Listen to his SoCal country-rock version of the Jackson Browne’s “Redneck Friend” HERE, from the singer/songwriter’s 1973 sophomore album For Everyman.

Hailing from Beaumont, Texas, Jesse Dayton got his start performing in zydeco bands at the age of 15 before securing a residency at the famed Broken Spoke in Austin. It was during that time that he formed a trio that would go on to sell out venues all over Texas. Over the ensuing years, Dayton developed into a true renaissance man, performing as a guitarist for a range of artists including Johnny Cash, Waylon Jennings, Ryan Bingham, Duff McKagen and seminal L.A. punk band X. He has toured with the likes of Social Distortion, The Supersuckers and John Doe, written soundtracks for three Rob Zombie films, wrote and directed his own film and just signed a publishing deal to write a memoir. With more than 50 songs licensed to film and television, 11 studio albums and one EP, Jesse Dayton is a gifted, intelligent, socially-conscious and unstoppable creative force who continues to tour nearly 250 days a year. After three decades as a jack of all trades, while hiding in plain sight and working with a who’s who of artists, Dayton now enters a new chapter focused primarily on his own career. On Mixtape Volume 1, he revisits some of the songs that helped build his musical foundation while paying homage to the icons that have inspired him.

Early on, Jesse Dayton realized the correlation between the raw passion and honest songwriting of the country artists who toured through his hometown and the spirit of the punk-rock of his youth. He illustrates these commonalities on Mixtape Volume 1, transforming The Clash’s reggae-infused “Bankrobber” and AC/DC’s rock anthem “Whole Lotta Rosie” into rip-roaring, honky-tonk staples. Dayton offers compelling rockabilly interpretations of Bruce Springsteen’s “State Trooper” and Dr. Feelgood’s “She Does It Right” and turns The Cars’ “Just What I Needed” into a classic southern two-step. See a full track listing below.

After 30 years, Jesse Dayton is more focused now than ever. He has become one of the most respected musicians among those in the know, though he has mostly flown under the radar. Mixtape Volume 1 affirms things are about to change, as he finds a renewed sense of energy while reconnecting with the music of his past and looking toward the future.

“If You Could Read My Mind”
(Gordon Lightfoot)

“She Does It Right”
(Dr. Feelgood)

“Just What I Needed”
(The Cars)