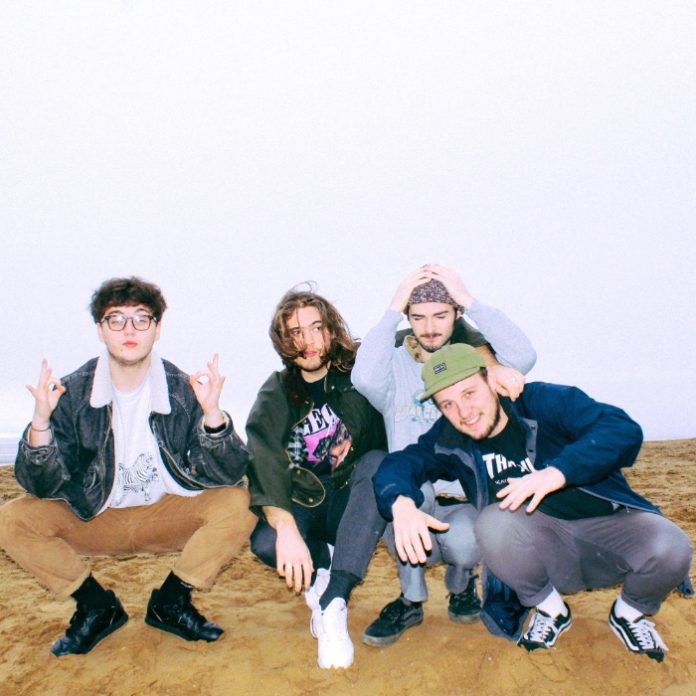 TRASH have released 3 new songs as part of the announcement of their decision to split. ‘Bored’, ‘All I’ve Got To Do Is Forget You’ and ‘While You’re Mine’ are available on all streaming sites now.

In a statement on their site they explained

“On May 24th 2014 we played our first concert as TRASH. On December 9th 2017 we played our last concert as TRASH. In between those dates we played other concerts as TRASH. It’s been a decent 4 years tbh (to be honest), tbf (to be fair), ngl (not gonna lie), imo (in my opinion) etc etc. Thanks Scott and Clue Records for giving us something to do, something to keep us off the streets and out of trouble. Thanks to everyone. If you’ve never heard of us you might stumble across the hits in a few years time. Anyway, I’m rambling.

Right then, cya in another life maybe.

Dan explained a little more about his feelings on why the band is stopping:

“Being good at doing things has never really interested me. I don’t really care as long as I enjoy what I’m doing. For example, I always lose on FIFA but I can’t stop playing it. I cook for my family but never expect approval or feedback. It’s just something I find therapeutic.

The same goes for music. Whenever people used to ask me about TRASH I’d end the conversation the same way every time. “I enjoy doing it and that’s what’s important”. And then I stopped enjoying it and that was hard to come to terms with.

Don’t stay in it because you feel like you have to. Don’t do it to meet the expectations of others. Be selfish and start living for you. Do it if you enjoy it and don’t do it if you don’t.

We spent four years trying to create something authentic and honest, but there comes a point when you feel like you’ve given all you have to give.”

The 3 tracks were produced by Alex Greaves from Forever Cult at Nave Studios, with ‘Bored’ mixed by James from Indoor Pets. They have been released via Clue Records.