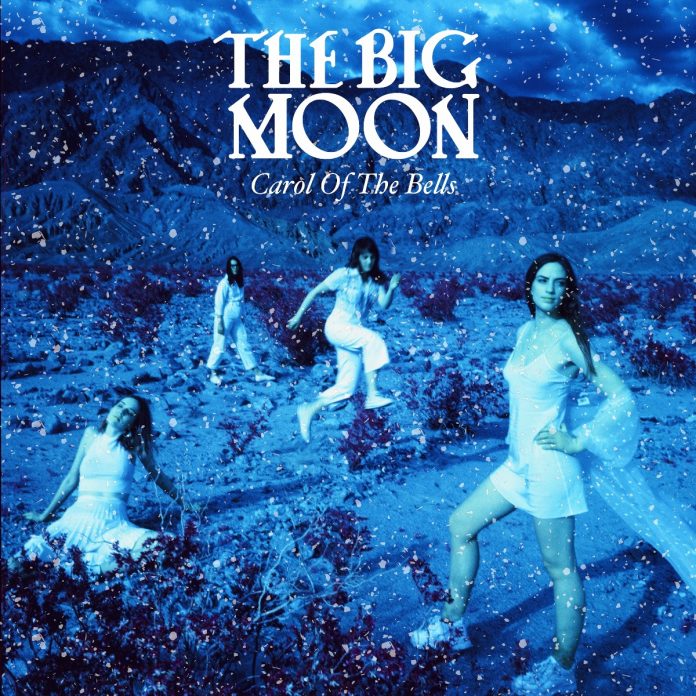 The Big Moon have unveiled their darkly festive cover of Mykola Leontovych’s holiday classic ‘Carol Of The Bells’, give it a listen here. The quartet are gearing up for the release of their second album ‘Walking Like We Do’, out on 10th Jan 2020.

Stream/Download ‘Carol Of The Bells’

The band have also announced a run of instores for album release week, starting at Kingston’s Banquet Records on 9th Jan, followed by London’s Rough Trade East on 10th Jan, then Bexhill Music’s Not Dead, Brighton Resident, Southsea Pie & Vinyl, Marlborough Sound Knowledge, Bristol Rough Trade, Nottingham Rough Trade, Sheffield Bear Tree Records and finishing up at Leeds Crash Records on 16th Jan. The band will also be heading out on the road on with Bombay Bicycle Club through January and February, including a show at London’s Alexandra Palace on 7th Feb, as well as their own headline shows from the end of February until mid-March. Full dates below, including a night at London’s Oslo on 4th March as part of Annie Mac Presents.