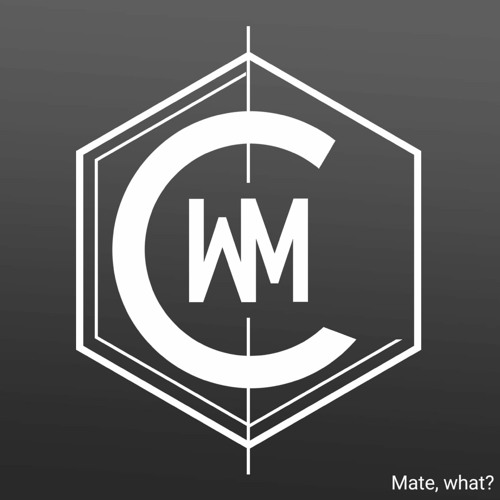 Back in March 2018 I reviewed, and bloody loved, CWM’s single ‘Homely Streets’. Yes that long, 3 years and change ago. I was somewhat disappointed not to have a release from them to review in the time since then, and then this arrived, BIG JOY!

The EP contains ‘Homely Streets’ but let’s get going with the opening track ‘Icebreaker’. This is one hard hitting track – punky, kind of metally, a riff that hits like a sledgehammer. But there’s a twist, a beautiful twist, unexpectedly it gets all dreamy; vocals echo, delicate guitar. And then it comes back heavier. I say punky but this isn’t quite what I mean; the vocals yes but musically it’s kind of second generation original punk which probably isn’t what you were thinking of. And perhaps hints of New Model Army and even Here & Now in their harder guise. However you care to describe it this is a hell of an opening track – heavy as hell, inventively structured.

‘Cheerful’ is less heavy and more punky; it has a high energy riff and that kind of jerky rhythm of classic punk, and perhaps a touch of Punk Pathetique is in there too. Cheerful by name and cheerful by nature – it’s just a blast of joy. Short sweet and a riot.

And now to ‘Homely Streets’. Listening to it 3 years later I see no point in changing what I thought of it back then:

‘It’s closer to being good old fashioned punk with a metal edge than pop-punk or dark rock, it has that guitar chugger-chugger thing going on. But I’m struck by vocals which are sort of old fashioned metal stylee, the vocals follow the riff, if you see what I mean. I kept getting vaguely reminded – and I mean very vaguely – of Vice Squad every time I listened to it, it’s just there as a hint of something for me. Equally I get hints – vague hints again – of Black Sabbath’.

‘I may be making it sound a bit like a retro-fest, it isn’t because CWM have given it their own thing. They throw a radio-voice section into the mix, seemingly just for kicks, but it works. And they resist the temptation to do any major amounts of speeding up – which when you first listen to the song is what you think is going to happen. It slows down not up people. It’s a blast’.

‘Criminality’ comes as a surprise, and then again it’s not a surprise because you get the feeling that CWM like to mix it up. The band describe this as ‘groovy’ and it is; groovy and heavy. Based around a riff that just won’t let go – a riff that has something of a metal feel but crucially without the rest of the sound that might imply. It’s actually sparse with way clever drumming and bass. Bursts of voice and drums surprise wonderfully.

Where this fits in in the music genre range I have not the slightest idea. It takes all sorts of things – punk, metal, post-punk to name but three – and mixes them into something else. It’s weird but hugely fucking brilliant and addictive.

‘Raised As Wolves’ comes out of left field. Even knowing that CWM like to mix it up is not going to prepare you for this. It is in a broad sense a kind of rock ballad – atmospheric musically, a big big noisy chorus, full of huge builds, that yearning vocal thing. But then again it isn’t at all because although this might describe it in structure, the reality is something that is basically indescribable. But this my friends is not a bad thing. Perhaps it’s enough to say it’s fucking outstanding, and is a must listen.

Those 3 years were worth the wait; CWM have produced a startlingly good set of songs. Varied but with a sense of this is CWM’s thing running through, inventive musically without being self-indulgent, played brilliantly and put together so so well. I have not the slightest idea how to describe what the band do in a genre sense beyond the rather vague term alt-rock, but I do know this EP fucking rocks.