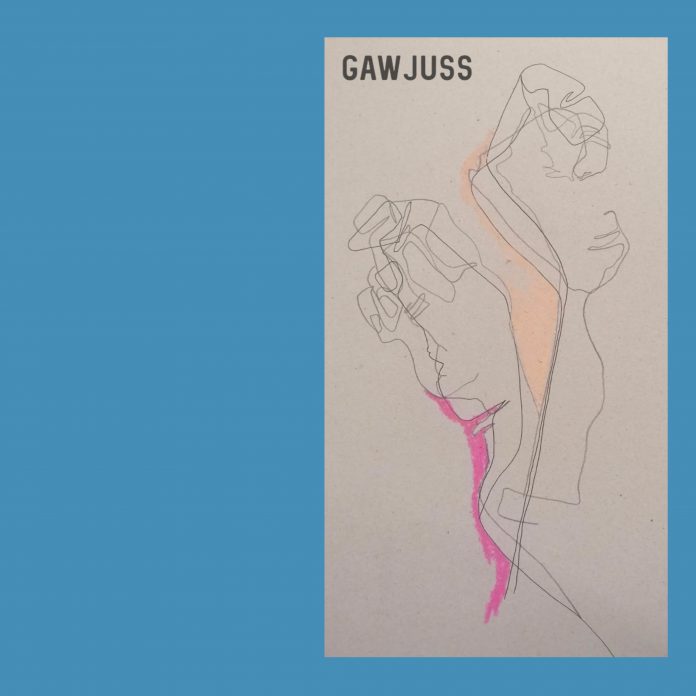 Because this release contains the absolutely wonderful ‘Sleepwalker’ the degree of anticipation I felt about reviewing it was, as you can imagine, high. I call it a ‘release’ because with seven tracks it sits on that fence which is ‘is this an EP or a mini-album’. Gawjuss are calling this an EP so let’s go with that; although I, having memories of vinyl EPs, think of an EP as being four or at the most five tracks.

Before we go on, there’s a theme to this EP, Kieran Wade Clarke explains “A lot of the tracks are about the alienation of others, addiction and the paranoia that comes along with it. There’s also the reality of having to face up to something coming to an end, yet refusing to acknowledge it’s a situation you’ve more than likely created yourself. A lot of the lyrics come across as vague on this record; I wanted the listener to find their own meaning within the song, or just be able to enjoy the tunes.”

Opening track ‘Sunbeam’ kind of sets the aural scene; it’s in that alt-rock structure – you know quiet/loud – but isn’t sound or feel wise. It’s loose, way loose and it has this kinda elastic loping feel. It’s also a little poppy. Raw guitars provide the loud. Kieran’s vocal is way down in the mix – it echoes distantly. I am struck by the fact that in some ways it reminds me of early REM; just a bit and this is no bad thing. Lyrically you get more and more the more you listen; it had me straining to piece together the words, but my take is that ‘Sunbeam’ is not what the title might suggest.

Next up ‘A Collective Sigh’ continues that halting guitar figure feel. It does the quiet/loud thing more conventionally. Although this is no ‘blast your ears to pieces’ rock track. It’s actually somewhere in there pop, and weirdly quite Country in places. But it’s compelling and addictive, and decidedly earwormy.

‘Peachy’ has this odd Americana feel, at least to start, before it takes off into something Garage-y and raw. It’s wonderful, you just have to hear it, it’s hard to describe. It’s fantastic, it’s that simple.

‘Morning, Mourning’ is a ballad; I really can’t describe it in any other way. It’s a ballad with a heavily strummed guitar, vocals that sit some way under that. Somehow it feels very sad, and makes me feel sad; even though the vocals are emotional but strangely bouncy. It’s the contrast that does it for me.

Next up is ‘Sleepwalker’, I see no reason to change what I said ‘it starts with a glorious slightly twisted vocal that’s just not a rock vocal at all, a raw strummed guitar, a loping rhythm; that’s the quiet. Then a strident guitar sound – that’s the loud. Are you getting this now? There’s wonderful warped guitar breaks. There is somewhere in there a dash of blues. And through it all runs that vocal; taking a tone that is one part early Bowie and one part DIY music of the 80s. It makes me go all wobbly.

‘Dead Plant’ returns to ‘it reminds me a bit of early REM’ sound; it’s that strident plucked guitar, the weird shifts in key, even the bent note guitar stabs. But what this track does is to layer guitar sound on guitar sound to make this driving rhythm, and the build in the track from sparse to multi-layered. But for all of the layers there’s a feel of space, and a vocal and words that have a sense of isolation. The power of this track is the music, words and vocal tone working together in perfect harmony.

Closing track ‘Killer’ starts as it goes on; off-kilter guitar, a plaintive quiet vocal. Like the vocal the power of this track lies in its quietness. This is even though the guitar is actually almost loud; the contrast between the vocal and guitar is exquisite. This is only pointed up and emphasised by the burst of louder guitar at the end.

This is a collection of songs that are so so wonderful; across the seven tracks there’s not one that you’d identify as filler. Gawjuss take a delightfully inventive approach to music making. The result is not something that sits in any easy niche; and this is no bad thing. The songs feel like they go straight from Kieran’s mind, and for that matter heart, to the finished tracks and, as a result, have this beautifully unpolished feel. The looseness and unpolished edges are all part of why they sound so good.

For me this is one of the highlights of the year so far; Gawjuss are something special, very special. 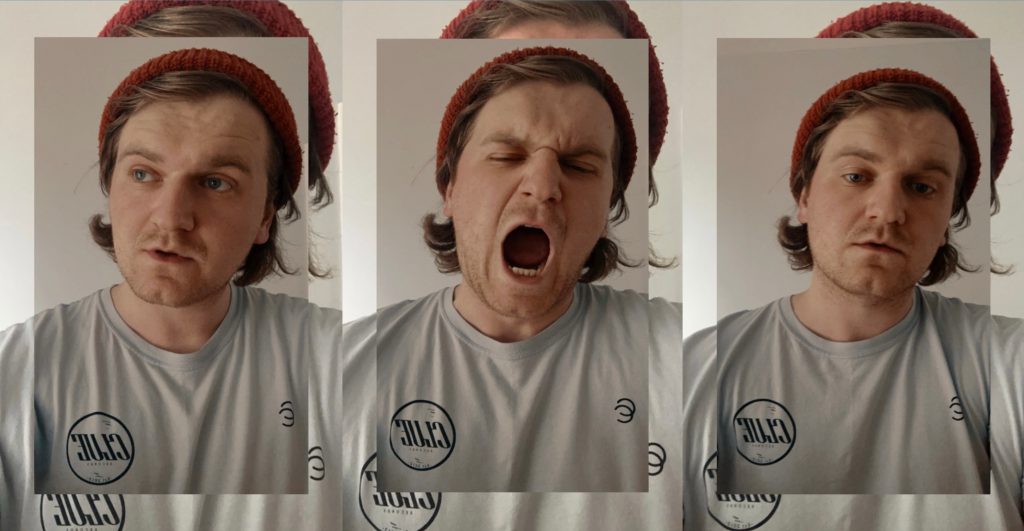 Since 2019, Kieran Wade Clarke (AKA Gawjuss) has released a steady stream of singles and EPs as a way to capture something, release it and move on, constantly exploring. On his latest release MIXTAPE//002, he is pushing forward to more certainty, putting a band together and adding production support, while still retaining a raw approach to themes and topics covered. This feels like the beginning of Gawjuss.

With the addition of James Douglas Wilkinson (bass) and Blue (drums), Gawjuss feel more than a one-person exploration. Despite Kieran recording the majority of the songs alone, James supported with arrangements and Blue programmed the drums.

Kieran grew up in the North-East but is a serial wanderer, finding home in several different areas of Yorkshire over the last few years. James also has his solo project Weak Genes, which features Kieran and Blue – both projects will overlap as each songwriter takes centre stage. Weak Genes will release their debut album in late 2021, with the debut Gawjuss album to follow in early 2022. They will then go out on a joint UK tour later in the year to support the releases.