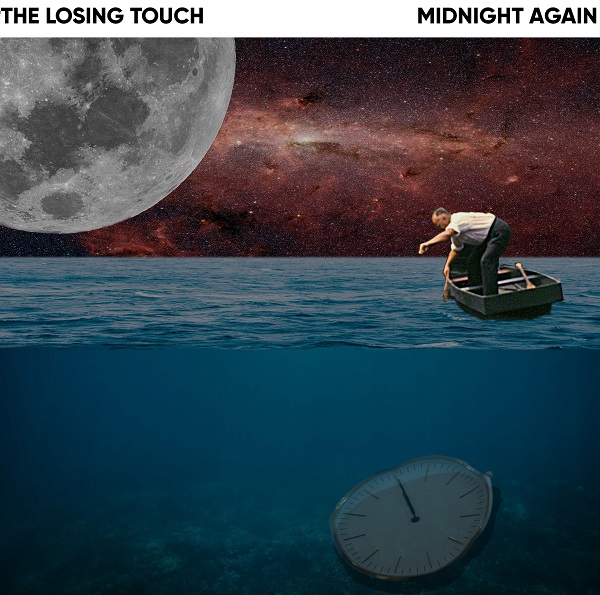 The Losing Touch are one of those ‘I’ve seen the name but never heard anything by them’ bands. I’m kind of sorry I waited until I got an email asking whether I wanted to review this EP to check out what they do to be honest, it’s great stuff.

The Losing Touch do big songs, big lush songs with great tunes and words. There’s something of that rich and layered Elbow sound in what they do, but it’s just a hint OK. The songs on this EP are layered in strings, keyboards and piano. But there’s a guitar that sings, it dances through the tracks, it’s a joy. And the vocals are just lovely, I love a great vocal.

EP opener ‘There Must Be More’ has something, just a little something vaguely British 60s’ psych (I’m thinking ‘Sargent Pepper’ here OK) layered into that rich rich sound. It’s in the organ that sounds out in the track. It also has something of a Divine Comedy feel to it. But I’m getting carried away with the ‘sounds like’ thing here. It’s just this huge song with dense dense layers of sound, but at it’s heart it’s a simple song with a great tune.

And to something sparser – ‘That Age’ has that voice up front singing great words. It’s a touching song about, I think growing old. And yes, there are strings but they add to the song rather than overwhelm it. There are backing vocals that bring, along with some of the arrangement, something of an Everley Brothers’ vibe to it, or on second thoughts something of a Scott Walker feel to it.

‘Save The Last One’ has, and I swear this is what I actually thought, something of a Robbie Williams ‘Angels’ thing in the opening to it. But on second thoughts as it progressed I started to think of it of being way more in an Elbow thing. And this song started to crystalise in my head a vague thought I’d had during the first two tracks, there is something rather both retro and new about these songs. They sound rather like big early 60s’ ballads but with new sounds layered onto them. This sounds like a criticism, it isn’t.

‘Change’ is actually less dense than the songs that proceed it. OK so there’s guitar and organ as the song builds but it starts with piano and guitar. And what in the hell is going on with the vocal on this, it’s a big totured sounding thing. I started off disliking it, but as it went on I began to rather adore that big music and rather mannered vocal. It’s dramatic.

The EP closer – and title track – ‘Midnight Again’ starts with just voice and strummed guitar but gradually there’s piano, strings, drums. But this track has loads of space. The vocal is right up there. This is something of what we might call an epic. And there is some frankly astonding guitar.

What The Losing Touch do is something that isn’t trendy, they clearly set out out to make classic songs, rich in sounds and meaning. And what they’ve made with this EP is a set of songs that are brilliant. Songs that you can listen to again and again without getting bored, songs that deserve a serious listen. This is impressive, I’m going to be looking out for further releases from the band. I suggest, I suggest strongly, that you do too.

The Losing Touch are a six piece band from South Yorkshire that formed in 2019.