Following the release of their critically acclaimed sophomore release ‘Things Will Matter’ in May, Lonely The Brave have announced a UK headline tour for autumn. The band, who have previously supported the likes of Bruce Springsteen, Neil Young and Deftones, also dropped their ‘Dust & Bones’ EP.

“Things Will Matter” received rave reviews in the music press and marked their first full LP featuring second guitarist Ross Smithwick; the interplay between himself and founding guitarist Mark Trotter adding more depth to an already significantly expansive sound. Experimentation and ambition are a key part of a record brimming with ideas – from the pulse behind the minimalist, claustrophobic opener “Wait In The Car” to the cataclysmic post-rock magnificence of closer “Jaws Of Hell”, this is a play-through album. There’s the doomy intensity of comeback track “Black Mire”, through to the hooks David Jakes is already well known for in the anthemic choruses to “Rattlesnakes”, the aforementioned “Dust & Bones” and “Radar”.

Lonely The Brave’s debut, “The Day’s War”, was an album both critically acclaimed and adored by fans, receiving the full 5K’s in a lead Kerrang! review and a similarly glowing two-page lead in Rock Sound. What set Lonely The Brave apart from their peers was how they couldn’t be hemmed into that rock world alone – also picking up accolades from the likes of The Independent, The Telegraph, Mojo and The Guardian and prestigious support slots with the likes of Bruce Springsteen, Neil Young and band favourite Deftones. All of which pointed to a diversity in their sound, a perceived longevity and perception beyond their young years as a band. And a fair one too, the group evoking a classic, alternative-rock sound ahead of others, influenced by the diverse likes of dEUS, Screaming Trees, Mogwai, Defeater, Jeff Buckley, Pearl Jam and The National.

As well as the release of the EP in August, and festival dates across the summer, the band will embark on a full headline tour in October taking Tall Ships as support. 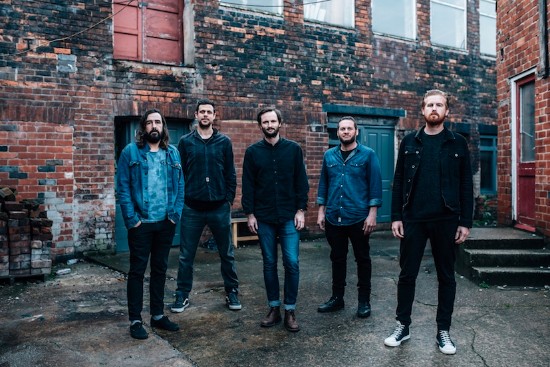