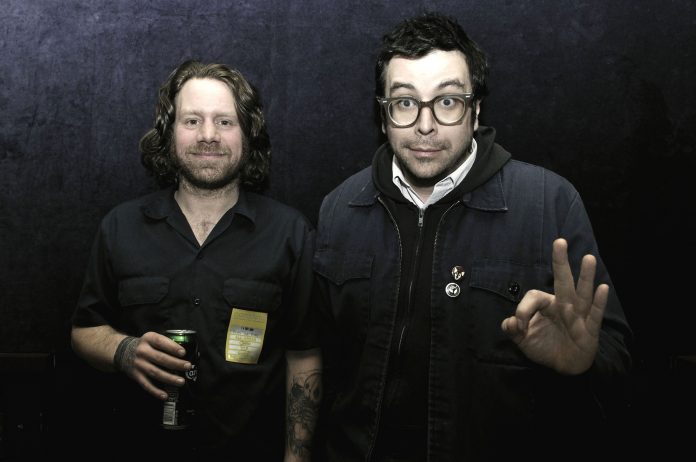 Canadian Northcote (Matt Goud) and Colorado songwriter Jon Snodgrass are joining forces for a whistle stop four-date tour of the UK in Bristol, Southampton, Manchester and London this November.

Northcote will return to the UK for the first time since September 2015. Northcote has invested over a year of touring in support of latest album Hope Is Made of Steel, building on a solid fanbase with gospel-tinged, soulful songs that capture positivity and the loving embrace of life’s rugged terrain.

2016 has included both full-band and solo shows supporting labelmate Frank Turner’s Canadian tour, as well as a summer of touring in the Matt’s home country. These UK dates precede a European tour, including Germany, Switzerland and Austria, during November and December with more dates to be announced.

Northcote’s Hope Is Made of Steel is available now on CD, vinyl, download and a variety of t-shirt bundles from XMR. You can also get albums by Drag the River and Jon Snodgrass / Frank Turner collaboration Buddies.

Joining Matt on tour is another Frank and XMR buddy, Jon Snodgrass. The singer-songwriter of XMR alumni Drag the River – the country-tinged Colorado band formed with Chad Price of ALL– will bring a variety of songs from his vast back catalogue in his inimitable solo style. Expect humour, a little drama and a throng of throaty singalongs from this one-man show.

Having performed and written with stream of influential artists including Descendents, Cory Branan, Chuck Ragan (Hot Water Music), Tim McIllirath (Rise Against), Vinnie Fiorella (Less Than Jake), Jon is not only part of a select group, but also one of a kind.

Watch Jon do ‘Song For My Roomates’ on his own. For more, grab a ticket or two!