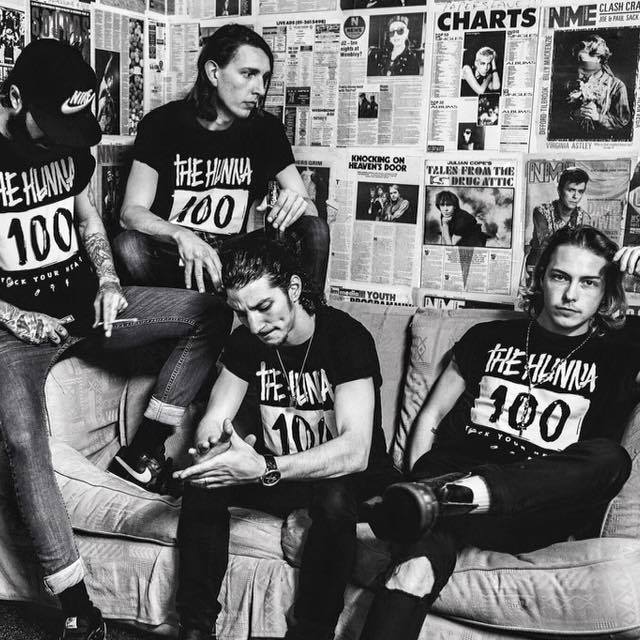 The story of The Hunna’s ascent has truly been one of a kind. Since bursting onto the scene in October last year, the Hertfordshire four-piece have s old out headline shows in Los Angeles, New York, Germany and Holland, shifted 20,000 tickets across three UK tours, amassed a staggering 230,000 Facebook fans and nearly 10 million Spotify streams – astounding for a band who are just getting started. Additionally, the band have announced two North American tours; one as part of a slot supporting rock heroes Jimmy Eat World and another in association with A lt Nation, the US’ most prestigious alt-rock radio station.

The band have achieved critical success as well as commercial, being dubbed ‘rock’s next big thing’ by Kerrang! and ‘the UK’s most exciting new guitar band’ by Digital Spy. BBC Radio 1 have shown consistent support since choosing the band for their renowned ‘In New Music We Trust’ playlist, with the likes of Annie Mac, Greg James, Clara Amfo, Huw Stephens and Phil Taggart all spinning the band’s latest single ‘Bonfire’.

write to your MP : https://musiciansunion.org.uk/H

Artio say
We’ve had the absolute honour to rewor