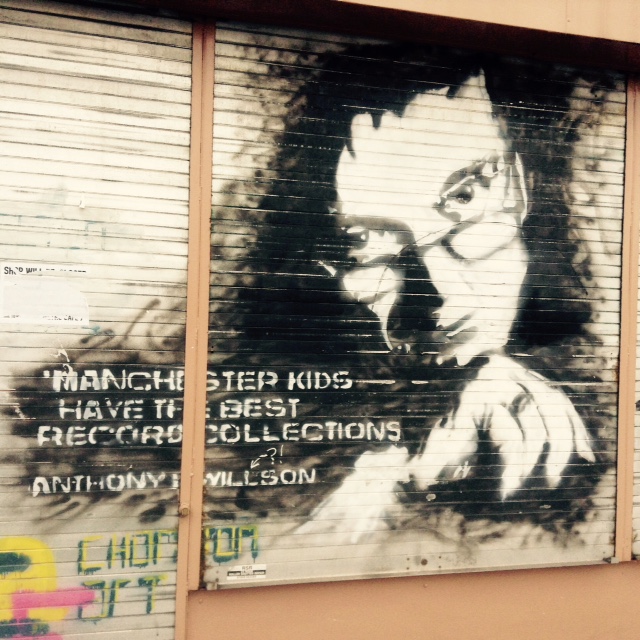 Tony Wilson famously once said,  ‘Kids in Manchester have the best record collections’…. and with the Record Store Day this Saturday April 16th there’s the opportunity to add to these magnificent collections as across the country record shops participate in Record Store Day! There’s the opportunity to pick up some limited edition vinyl releases from the likes of Florence and the Machine, Primal Scream and David Bowie.

See this link for more details of all record shops who are joining in the collective vinyl party, including our very own Mancunian record shops: http://recordstoreday.co.uk/home/

An exciting highlight comes as songwriter and former Inspiral Carpets man, Tom Hingley, exclusively releases a brand new 7”: ‘Beggar’s Hand’, and its B-side, ‘Toy’ with his trio The Tom Hingley band. AND if that isn’t exciting enough, the Tom Hingley Band will also be playing a special in-store performance at Manchester’s Vinyl Revival at 9.30am shortly after doors open. Following that, the band will also be heading across the Mersey to treat fans to a late afternoon set at Liverpool’s 3Beat Records (beginning 5.00 PM).  Proceeds from the charity single will go to Liverpool community initiative, Hope Fest, and the Manchester-based Lifeshare, both of which are concerned with supporting homeless people in both cities.

Downloading and streaming music is all very well, but nothing beats the ceremony of removing vinyl from its lovingly created artistic sleeve; feeling the vinyl between your fingers, and carefully placing the record on the deck, waiting for the needle to glide across the record. Of course, there’s also the buzz of the record shop; the chance to catch up with friends and share music which also can’t be beaten, so get thee down – hope to see you there!

Full dates and details for the Tom Hingley Band’s 2016 dates as follows: