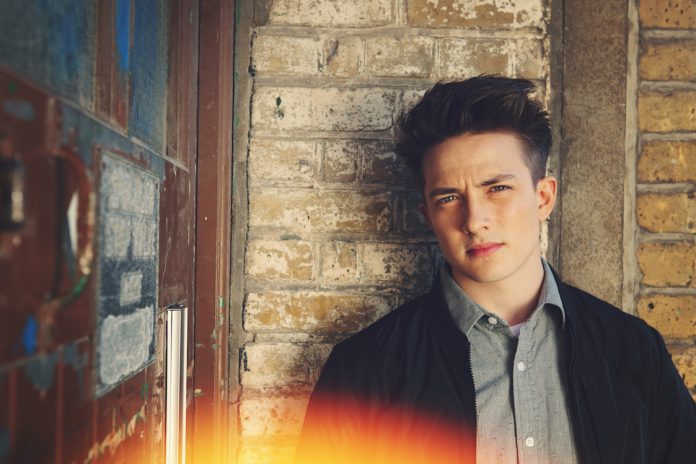 This is the first offering from Leo since his ‘Free Rein EP’ released earlier this year. Working with producers Fred Ball (Rihanna, Madonna) and Rich Cooper (Mystery Jets, Tom Odell), Leo has spent the first part of 2016 creating new material for his anticipated album.

Taking inspiration from personal experiences, the delicate melodies of the song contrasted with its overwhelming chorus reflects the compatibility between people and its affect that it can have on relationships, “’In My Blood’ is all about people who become such an integral part of your life, people who don’t necessarily share the same blood-line as you but become like family. It’s all about the human connection.”

The past few months have been excitingly busy for Leo with the release of his respective collaborations with Black Butter label mates Kidnap Kid and Kant. Leo lent his unique vocals to ‘Moments’ and ‘Close To The Wire’ garnering recognition from Radio DJ’s across the board including Huw Stephens, Phil Taggart, B Traits, Monki, Toddla T, Annie Nightingale, as well as the online landscape Indie Shuffle, Wonderland Magazine, Clash, Earmilk, Majestic Casual and more.

In between writing, collaborating and studio time, Leo has been gigging solo across UK and Europe and supporting various artists on their headline tours including Rudimental, Benjamin Francis Leftwich and Nina Nesbitt.

You can catch Leo next at Festival The Brave in Amsterdam, where he will be performing alongside the likes of JP Cooper, Lewis Watson and Son Mieux. He has also recently announced his fist UK headline tour which will kick off on the 15th of October in Bristol and wrap up at London’s Oslo on October 26.

Tickets are on sale now here.