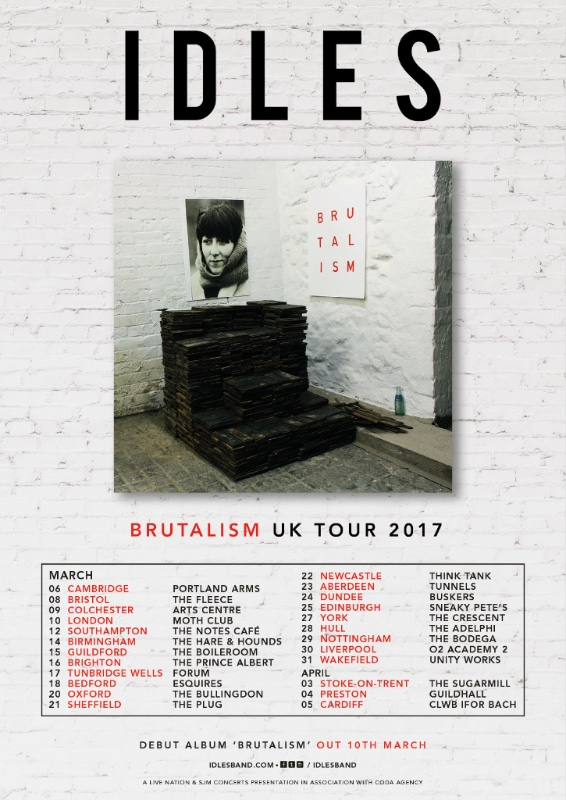 Bristol’s finest post-punk polemics IDLES have announced that they will be embarking on the massive 25 date ‘Brutalism UK Tour’ in March/April 2017. Politically charged, refreshingly confrontational and infectiously volatile, IDLES are a band like no other. Bringing the unsettling reality of the world we live in into their frantic assault on the senses, they are a band that can only be truly understood by witnessing in a live environment.

The October release of single ‘Well Done’ has seen the band rise to no.1 on Spotify’s Viral Charts & paired with intensive radio support from Huw Stephens, Annie Mac, Steve Lamacq and regular Radio 6 play has brought them to the forefront of ones to watch.

Their much anticipated debut album Brutalism out 10th March.

Tickets are available from Idlesband.com.