Home Home Page Features REVIEW: The Orielles – ‘Joey Says We Got It’ 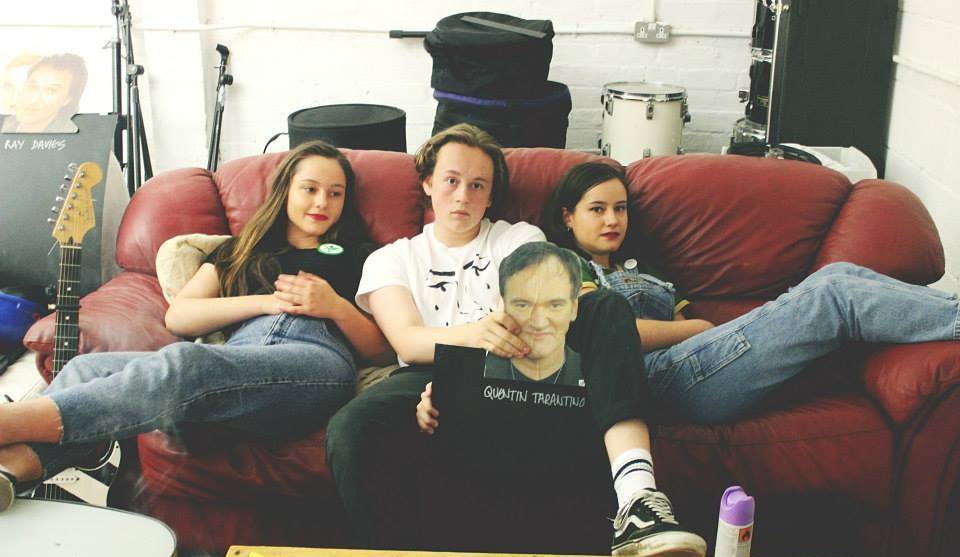 This is a cracking single. It’s a lazy, languid ride of hooky, louche themes that snag you right in and grow with each listen. From the opening riff, reminiscent of Lou Reed’s ‘Sweet Jane’, produced to give that authentic ‘coming down the corridor’ retro sound, it is redolent with atmosphere. This retro groove is appropriate for a track that is being released on cassette to support this year’s Cassette Store Day on 17th October. It sounds like it was made on a hot weekend in New York, but this talented trio, two of whom are sisters, hail from Halifax.

I loved its distinctly lo-fi production, a sound that is hard to pull off effectively without sounding cheap and nasty, but this is typical of The Orielles oeuvre and one of the reasons they have been attracting much attention of late. The rhythm guitar delivery is slack-wristed and soporific in a cool, rock ‘n roll way, giving an underlying vibe of narcotic oblivion over which the rest of the song stands as a sweet and bouncy counterpoint.

A sumptuous and mellifluous female voice takes us through original and well-crafted lyrics, and before we know it we are pleasantly deposited at its end, just before the magic three minute threshold of good pop has passed. The lead guitar drives much of the chorus’s melody and in between gives us squelchy haunting loops of complementary noise and a deft and unpretentious solo that merges with the tune rather than showing off outside of it.

There’s as much skill in the silence on this track, with a sparseness of playing that allows the song’s structure and strength to stand out and not be drowned in overly showy musical parts. But when the song builds to its peaks, a nice splash of noise is slipped in to deliver energy and body-shaking vitality. I like the obscurity of the title and opacity of the story in the song, making me want to know more and listen again, rather than giving it to me on a plate.

Cymbal centric but neat drumming makes a discrete skeleton on which to hang this pop journey and each chorus brings a rousing sing-along feel that is joyous without straying into kitsch. If I locked Lou Reed, Joey Santiago and Sarah Cracknell in a studio all weekend and told them to write me a good number that would sell well, educate and entertain, this is the sort of thing that I’d hope they’d come up with, making me rich as well as cruel and evil to do that to them in the first place.

October sees them playing in Manchester, Leeds and Sheffield and I’ll be hoping to check them out live after getting my ears around this one. You can’t beat the sound of youthful energy discovering how to make noise without a rule book in their heads, and that is just what this single is.