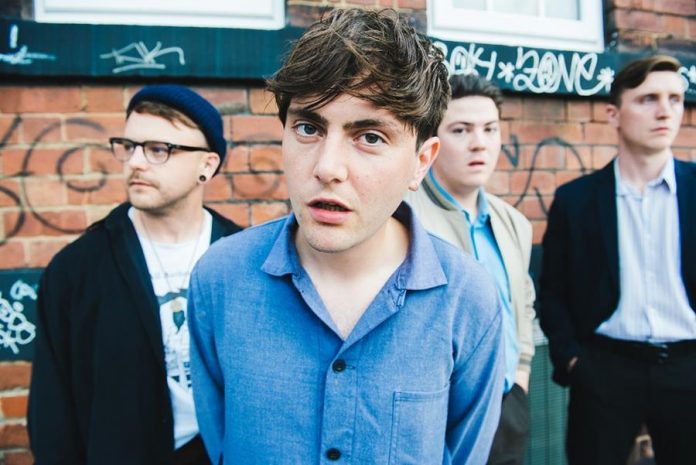 Following packed appearances at the likes of The Great Escape, Live At Leeds, All Points East, 53 Degrees North, Long Division Festival and and short run of headline UK tour dates, LIFE have shared a brand new remix of their anthemic and frenetic new single “Grown Up”, by Hull grime MC Chiedu Oraka.

A rising grime artist from Hull and a friend of the band (having joined them on stage multiple times), Chiedu Oraka has earned plaudits from the likes of i-D, the Quietus and DIY for his raw and exciting take on the genre. Representing the scene outside of the London bubble, the collaboration is both unpredictable and fitting at the same time.

“Often b-sides are a throw away, they’re pigeons dressed as seagulls that coo over our tiny fucking heads. We wanted to do something different with our b-side and embrace our music community. Chiedu is, like us, an underdog uniting communities in Hull so it was a no brainer to get him and his crew to remix Grown Up. Chiedu has joined us on stage at various shows, music is about togetherness and grime is the new punk! Onwards.”

LIFE are also set to appear at further festivals across the summer, including: