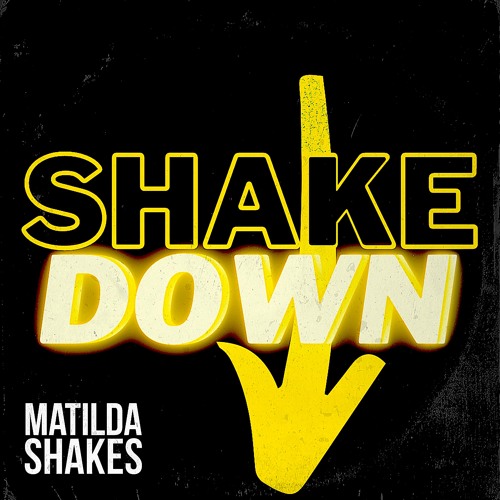 Matilda Shakes do, I guess indie rock with a heavy heavy dose of sounds from way back then. It’s rock with a hefty dose of good times, a sound that’ll make you shake your thang.

‘Shakedown’ strikes me – and I may be wrong, so strike me down with the nearest heavy thing if I am – as nothing more or less than a piece of classic British 70s’ RnB influenced rock. We are talking screaming guitar, a vocal that moves at the speed of light, a beat that is insistent and undying. And words that talk of ‘shaking to the rhythm and grooving to the blues’ on what sounds like the most perfect night out ever.

The playing on this thing is so fucking on. Guitar that is so tasty you’ll be going back to it time and again, just for that sound that goes straight to your soul. That descending guitar riff that is so 70s it hurts. The long drawn out guitar one note intro that goes into the groove, a groove that’ll have you going mental on the dancefloor. And the breakdown, oh that breakdown, guitar that is oh so sweet, an angelic choir of backing vocals, building to a climax, and then we’re back to that crazy beat.

Matilda Shakes are doing their own thing, making music that they so clearly love doing. Music that is done so well. ‘Shakedown’ is your soundtrack to a crazy night, a night when you dance until you drop and drink until you’re dizzy. A night when the music is just so good. People, go shake your thing with Matilda Shakes.

‘Shakedown’ is out on 28th January. Pre-save: https://kycker.ffm.to/shakedown