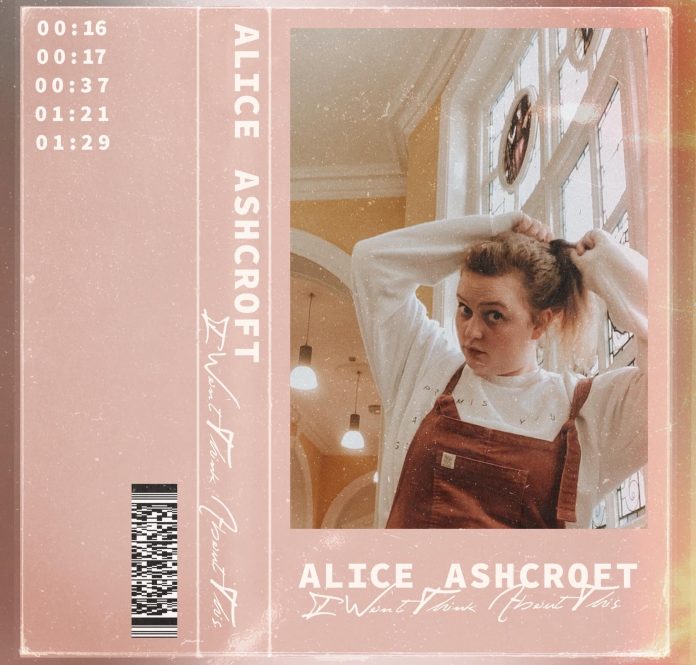 It’s not often you see a single described as ‘prog-pop’, in fact Alice Ashcroft’s single is the first track where I’ve had the pleasure of seeing this in an email subject line. I say pleasure but it also filled me with a sort of dread; for you see I’m old enough to remember early singles from It Bites.

So it was with mixed feelings that I pressed play on the preview stream, and immediately I realised I’d been wrong, so very wrong, for ‘I Won’t Think About This’ is rather beautiful.

In fact while it’s undoubtedly poppy – this thing has a tune that drives itself deep into your head, and lyrics that are so sing-along it hurts – it’s musically complex and somewhat folky in places. Look people this track features mandolins, they’re not that obvious but once you know they’re there you can hear them loud and clear. And it has vocals that are simple and unadorned, it’s just Alice’s voice which has this pure folky quality. And yes, it has some synth lines that are not your normal pop thing. And yes it shifts time signatures. But none of this makes it really proggy as such.

This leaves me with a question – ‘so how do I describe this?’. The answer is that this is purely and simply great music. Great music that is rather beautiful.