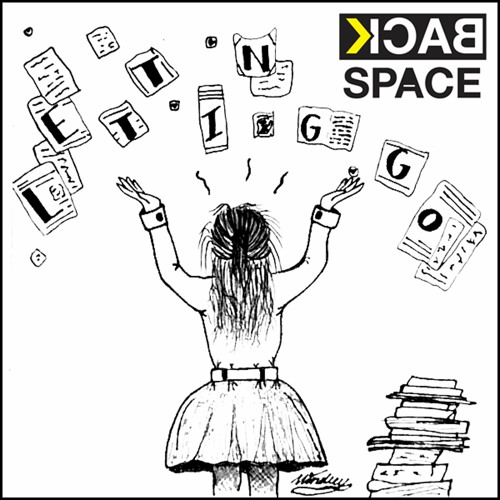 It’s a while since I’ve reviewed anything from Backspace – either a release or seeing them live. This is actually one of the first songs they ever wrote but they’ve revisited the track with the assistance of Liam Dickman (Venus/Purple Thread) on producer duties.

It’s a raw rocky thing in places, this thing roars people. Somewhat rockier than I might have expected from Backspace, but it has these wonderfully poppy sections that just add to the thrill when those raw guitars crash in. The contrast is the thing that does it for me.

Rosie is on fine fine form vocally, she’s really going for that punky rock voice. And she does this great off hand ‘I really don’t care’ vocal thing. Guitars crash, drums thrash, you get the idea. When this song let’s go it’s a bloody joy. And musically it’s great, the playing is all spot on. The quieter sections are great, there’s a pop smoothness in them that’s fantastic.

There is however what we might refer to as ‘an elephant in the room’ here. With Liam taking production duties, you might, let’s call it detect, something of a Purple Thread feel to it. To this I say ‘well OK so yes, but actually no’. On a cursory listen you might be reaching for that comparison but a closer listen will reveal what I’m going to call a pop sensibility under all that rocky feel, as opposed to the funky feel that Purple Thread have. There is a difference and you can hear it. Over all those crashing guitars there’s something of a big pop ballad vocally in places. You may, of course, disagree.

This is one cool track people, the sound and feel is something that’s fantastic. I’d honestly like to hear Backspace do more like this.