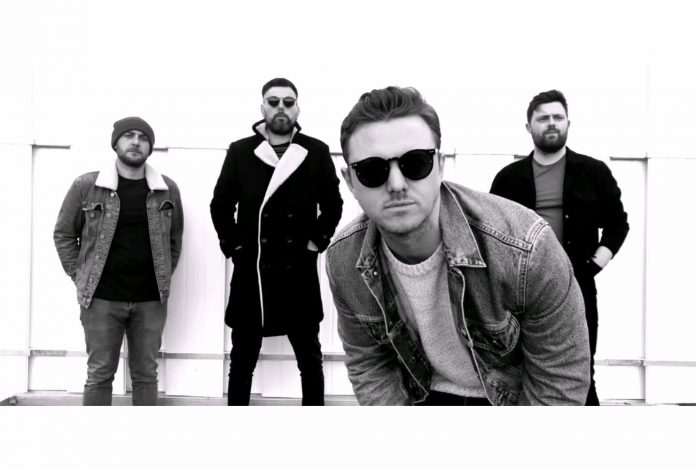 I reviewed Black Light Graffiti’s EP ‘Through The Fires’ a while ago now and was mightily impressed. I liked that they mixed that indie rock thing with something of a classic rock thing – with the balance of those two varying from track to track. So I was keen to review these two tracks which, to be clear, have been released as two separate singles – so this review is kinda ‘one stone, two birds’.

So first up ‘Surfing On The Silence’. This is put it plainly and simply at the indie end of the band’s output. It has something of The Killers about it, it does that choppy soaring indie thing. But while I’ve never been much of a Killers fan, I do like this. It has a great raucous edge to it that tips it into ‘this is great’. The problem is that while, with my objective reviewer head on, I know this is good, it may even be great, but my music lovers head just prefers ‘To The Riot’. You may prefer this to ‘To The Riot’ that’s cool it’s a fab track.

‘To The Riot’ is another kettle of fish entirely. It’s all raucous rawk ‘n’ roll, with a heavy rock vocal. It’s swampy and all blues rock. It’s just a blast of noise, glorious noise. And yep there’s a touch of indie at the start but it’s swamped under that bluesy rock. And this thing keeps changing, it’s new riff after new riff. It rocks big-time people. Of the two tracks this is my undoubted favourite.

It’s actually difficult to tell that ‘To The Riot’ comes from the same band that made ‘Surfing On The Silence’, play these back to back and you’d swear it’s two different bands. But there’s nothing wrong with that, switching it up is a good thing. It kinda covers the bases. And both styles are great, the band can play the hell out of them.

This I realise is a weird sort of review but when you’re dealing with two tracks from the same band that are just so different, and you like one track’s style more than the other, it’s going to end up sounding a bit ‘on the fence’ overall. So let’s get this clear, I love ‘To The Riot’ it ticks all those noisy raucous rock boxes for me. ‘Surfing On The Silence’ isn’t my favourite style of music but I know it’s fab, the band play the shit out of it, it just doesn’t grab at my music soul.

Black Light Graffiti are from Hull. The band are