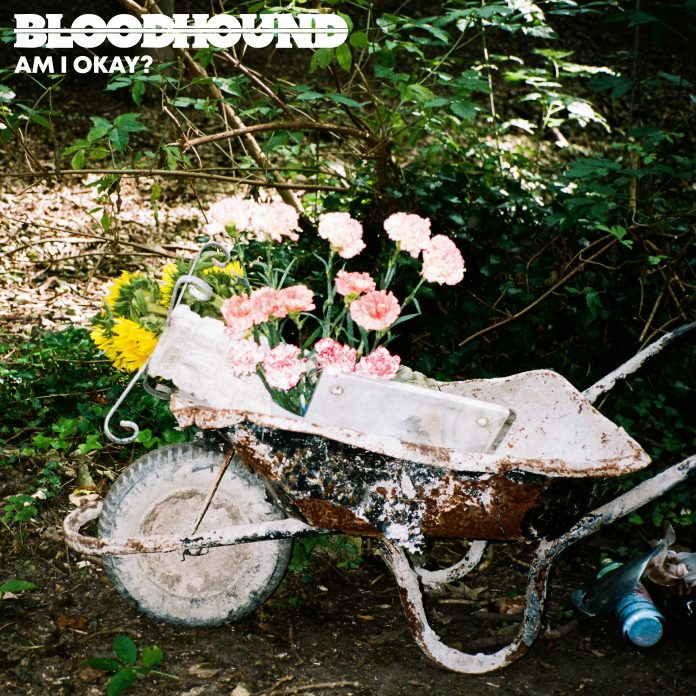 ‘Am I Okay?’ is the fourth and final single release from the forthcoming Bloodhound album ‘Fragile Skeleton’ due out at the end of this month.

Musically, for those of you that expected some noisy hard riffing, it’s going to come as something of a surprise. This is a swirling whirling psychedelic thing. And yes there’s guitar driven riffage but there’s all sorts of psychy sounds going on under that. It has, to my ears at least, hints of Pink Floyd, there’s even some Strawberry Alarm Clock in there, and something that is bizarrely Alice Copper like – if you’ve heard ‘Welcome To My Nightmare’ you’ll know what I mean. Musically this song is absolutely fantastic.

This song is absofuckinglutely brilliant. As a stand alone release it shows what Bloodhound are capable of, it’s complex, it’s incredibly meaningful. As an example of what you can expect from the album, it should really whet your appetite for that. I’ve been sitting on an album preview for some time now and I keep going back and back and back to it, it’s that good.

Speaking about the track, the band explained: “This is the newest song on the album, and was actually born during the first recording session for Fragile Skeleton. It covers possibly the most important topic in this day and age, mental health. It’s a reflection of the struggles of it underneath the surface and the way we, as individuals, hide it on the surface”.

* with Faux Pas and Brooders