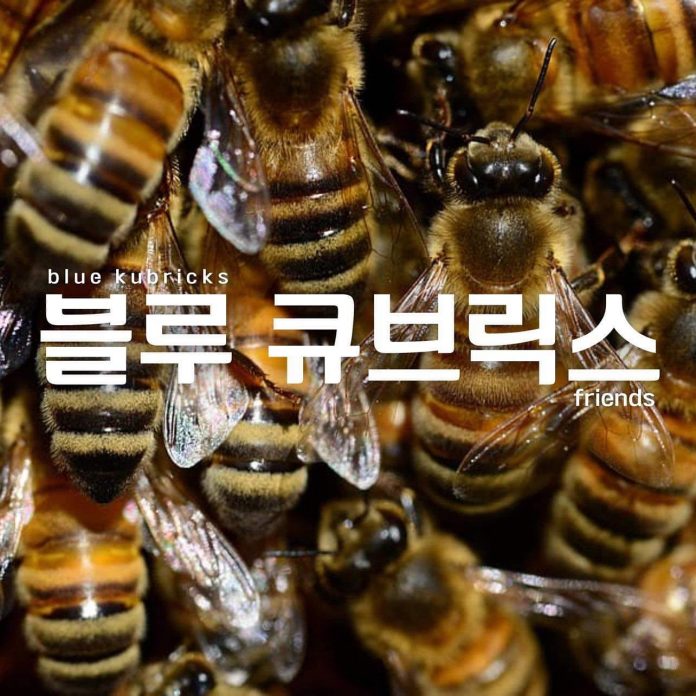 An AA single release from those masters of fun Blue Kubricks. These are ‘leaked’ (honest that’s how they described the release) from their debut EP ‘Manuka’.

Being an AA release there’s no order to these but I’ve gone with ‘Friends’ as the first track to review. ‘Friends’ is a funky dance your arse off track. Think funky indie, people. Funky indie with a huge dose of pop. It is a bloody joyous thing; dangerously infectious and earwormy.

But wait, there is more. Look beyond the enormous fun, and take a closer listen. For this is such a well put together song. Adding to their usual sound is the thrill of horn sounds, adding way too much fun. There’s a jerky feel to the funk that’s going to turn your body into a knot on the dance floor, but this adds something I can only describe as a touch of Talking Heads.

I’m already in sonic overload but let’s move on to ‘Of Mice & Men’. Oh my word, what a track. They take you in the wrong direction with an intro which has more than a hint of Afrobeat but then… it surprises with a soulful sound that kind of mixes soul, RnB and indie. Well that and a certain Springteen muscular feel. Horn sounds again provide a thrill. Guitars chop, chime and warp. Before it takes off into a multi-layered vocal section which is just dreamy.

Look people these songs scream sweaty party time with a bunch of your best mates. Blue Kubricks are bringing it big time.