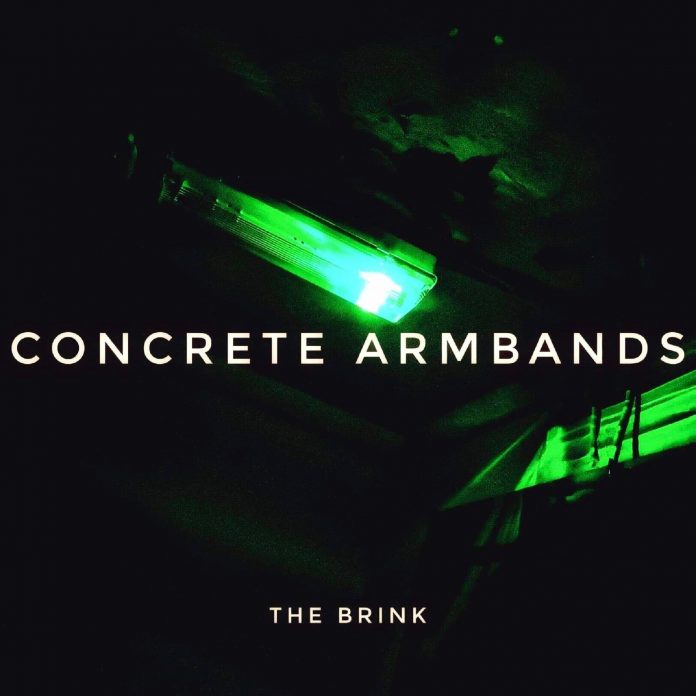 Despite receiving the request to review their debut single rather late in the day (Ed: This isn’t generally recommended see ‘How to get a review on LSF’) the sheer quality of Concrete Armbands’ debut – ‘The Brink’ – pushed me into making time to get a review done for release day.

The band’s brand of alternative rock is heavy, I mean way heavy, this thing majors on bass. I mean yep, so the band say Muse are an influence and you can hear that but there’s more than hints of post-hardcore here. This is musically by the way, there’s none of that hardcore vocal thing.

But, and it’s a big but, there’s a lot of space in the track so it’s not all out bludgeon. That said, push the volume and the bass on this and you’ll find various bits of your ceiling coming loose. Feel-wise it’s a bit stalky in places, it has these bits where the bass or guitar and vocals combine into something quite scary, the fact that it’s not that fast add to that. And while it’s not flashy playing wise, the feel is great, in fact the feel is frigging fantastic.

OK so I’ve got to give the bass playing on this track a huge shout out, it rocks. The vocals are also great, there’s a tone to them that I really love. The arrangement is fantastic, there’s a restraint that just lets the song shine through, it’s not overwhelmed by flashy guitar breaks, it’s all about the pulse.

If you like your alternative rock with a whole heap of heavy, go listen to ‘The Brink’. This is great stuff.

Despite having been active for less than a year, this Sheffield-based alternative rock quartet are already making waves in the Sheffield gigging scene due to their unique blend of sounds and tight live performances. Taking inspiration from artists as diverse as Muse, Biffy Clyro, Royal Blood and Frightened Rabbit, their music is as engaging as it is unpredictable. They are currently taking time away from gigging in the run-up to the release of their debut single.