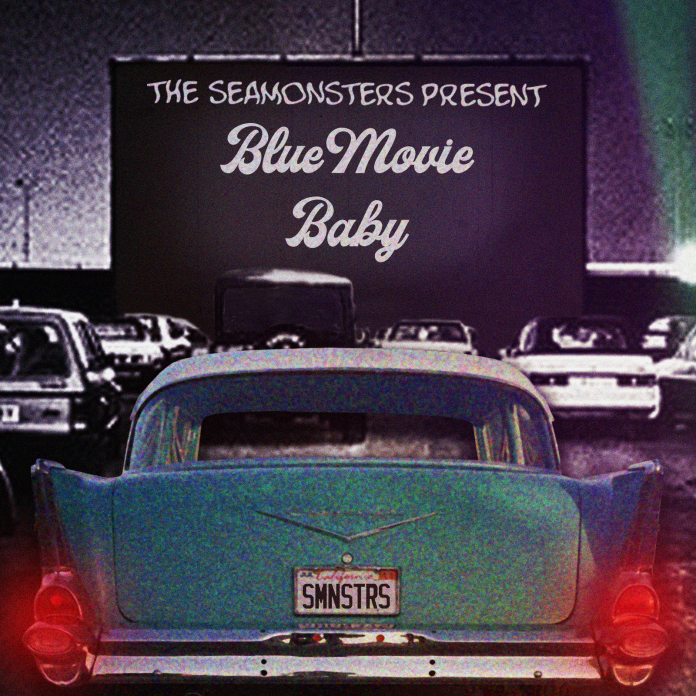 It’s a sultry and moody thing this new single from The Seamonsters, well it is kind of, it has these bursts of guitar raucousness that thrill but it has this edge of something that makes it entrancing and captivating. And if you’re fooled into thinking this is just some indie pop thing right at the start, you just have to wait, you don’t have to wait for long, but just wait.

People who do the spot the 80s’ influence in their tracks won’t be left out, there’s lots, but they’re hints, feelings of influences, it’s very much their own sound. The most obvious 80s’ thing comes in at around 2.20 but it combines two things, one of these is something very much Human League – it’s the hand-claps people – and one is something that has a sort of post-punk sound going on – it’s sort of Cure-ish.

But the thing people is that this song rises above all that ‘the slightly retro sound of The Seamonsters’ thing that reviewers (including me I’m ashamed to say) have zeroed in on. Taken as a whole this thing is cool, it’s way way cool. It’s complex, it’s atmospheric and the playing is great. And for those of us that just love Naomi’s vocals they are sounding sweet, and so – I must say – are the backing vocals. The first time I heard it I thought ‘yep this is it, this is what I knew The Seamonsters would do, could do’. It’s slightly different, I mean yeah the song is moody and that’s a change, but the approach to the song, the music, the arrangement, has something that just sounds different. It’s not something I can put my finger on and say ‘well it’s because…’ but it’s just there.

One thing I can say is that it sounds like they do live, I mean I’ve only seen them once live (sorry this is very very poor) but their live sound sort of surprised me, The Seamonsters rock live, this song rocks, those raucous guitar bits rock. But it’s the slower and sultry bits that really grab your attention, they are smooth, so smooth, they draw you in, they wash over you, it’s a glorious thing.

I’ve been following The Seamonsters’ journey for a while now and they just seem to get better and better, this song marks some sort of arrival at a destination, a reaching of a significant point. If this this is an indication of what we expect from the band in the future I can’t wait for future releases.