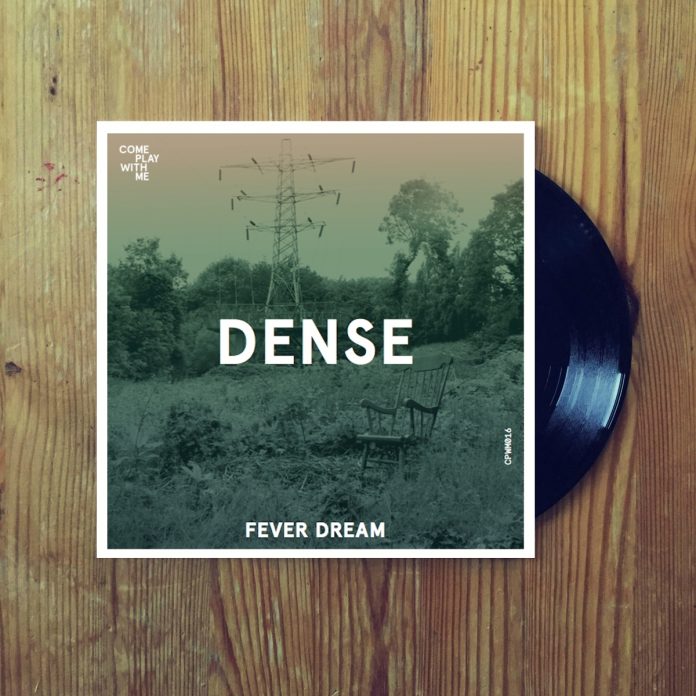 It’s a while since I reviewed a DENSE release, I’ve missed them. DENSE make music that is dense, it’s dense and heavy. This track is so dense and heavy you could cut it with a knife. It has a physical presence. You can feel yourself drowning in those waves of sound, of glorious beautiful noise.

Look I’m already gushing and I haven’t even attempted to tell you what it sounds like, that’s impossible to be honest. It sounds like a nightmare in audio form. Bass heavy guitars grind out wave upon wave of sound, there are frankly scary strangled vocals. But in that DENSE way they give us these period of respite, these periods of relative sparse calm before it starts to build again, build to levels of noise and sound that terrify and leave you with nightmareish visions in your head, and in my case a building pressure in the front of my head.

But there’s something addictive about this, something that makes you want to throw yourself back in, but this time deeper than you did before. To play it louder and louder just to experience that glorious beautiful noise again with more intensity.

To mark this out as merely noisey sound would be wrong because it’s unmistakably a song. It has structure, and even a tune at times. And the playing on this is amazing. It’s hard to imagine quite how three people manage to make that sound.

DENSE aren’t going to be for everyone, but if you want, no need, a regular dose of noisy sound that takes over your head and batters it into submission, then this is very definitely for you. This is fucking fantastic.

‘Fever Dream’ by DENSE is released on 7” vinyl via Leeds based record label Come Play With Me on the 6th December 2019. Limited signed copies of the vinyl can be ordered from http://cpwm.awesomedistro.com/. The track is backed on the other side by Sea Leg’s ‘Favourite Doll’. Sea Legs are a wonderfully intricate indie band, full of catchy chorus’, melancholy, folk-rock touches and Beatles-esque harmonies. They have been tipped by Futuresound as ‘Ones To Watch’ in 2019.

Speaking about the track, Sam (Drums) explains “Fever Dream is based on a dream our singer Charlie had when he was really ill a couple years ago. In it, a withered man was left to die by a burning window before being dug up and forced to relive the tormenting experience all over again. The artwork relates to the introduction and later repetition of the agonising circumstance which the protagonist is in, left immobile in a chair being burnt by the scorching sun and unable to break the cycle of his suffering. The rocking chair left in the unused wasteland represents the isolation of this suffering against nature’s elements, visually encapsulating the track’s overall atmosphere”