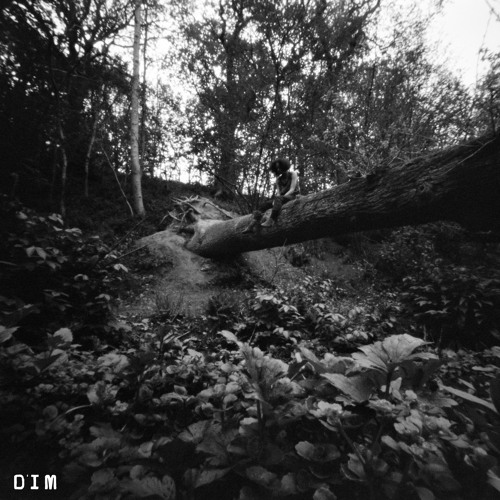 Oh boy, Dim Imagery are doing the business in a huge way with this release.

In contrast to their last release ‘Three Degrees’ this is a less edgy but more rocky sound. It builds from sounding like The Doors doing The Mission – including spoken vocals – to something that is raucous and punky – angry, angular and stabby. It’s still recognisably post-punk but yet again Dim Imagery have their own take on the genre; a take that takes in inspiration from before and after post-punk. They sit in the vanguard of what I’m going to call ‘the Nu Post-Punk’; where artists are taking the original post-punk and taking it to new and thrilling places.

Musically the guitar and vocals on this track positively shine, they gleam, they compel. The build is a glorious thing that is unexpected; I mean seriously this could have gone on as it started and it would still be fabulous. This is a band who really know how to put a song together for maximum effect. The sound of the track is live, just the best live you’ve heard. This really is how they sound live.

And as huge as the track is sonically, it addresses something equally significant. I’ll let the band explain “‘Fishing In An Empty Stream’ grew thematically from a frustration of the lack of diversity within rock music in the UK. The frustration that festivals can go 30 years with only one female headliner. The frustration that artists of colour are consistently overlooked within our genre. The frustration that those who gave us the tools have been neglected and forgotten throughout history, and that their legacy to black artists of the future is being eroded with fewer opportunities for black rock to flourish. We could not exist without Burke. Nor without Waters. Nor without Hendrix, Okereke, or Vylan.

“The song attempts to celebrate them. To celebrate the black artists from within our
community like Simi Brown who appears on the cover”.

And with festival season fast approaching, and a very low percentage of female artists headlining the big festivals; this is a timely reminder that the industry needs to try harder.

For those of us who have already been turned on to Dim Imagery, this is a confirmation that the band make wonderful music. If you’ve not got on board the train, make this your starting point. This is one enormous release. It rocks.