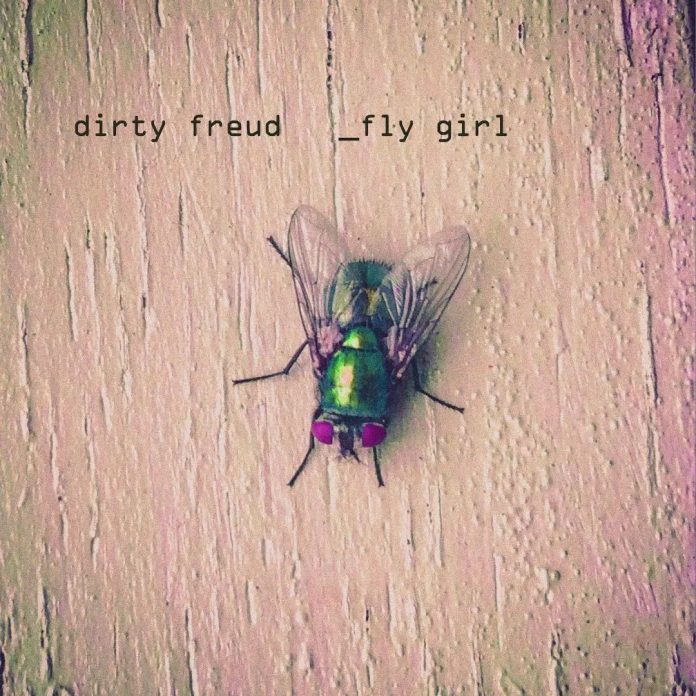 There are times when I get a release submitted for review when I am completely enchanted by it in seconds. This release from Dirty Freud did that. All the more surprising is that it has a sound that I’m not that keen on generally; a sound I like to call atmospheric organic electronica.

‘Fly Girl’ is atmospheric because the sounds are not about driving a beat but about the making of a soundscape in which the song is performed. There are delicate layers of synth that float in a vast space, a sparse beat track. And then there are layer upon layer of vocals that mesmerise. The sound is somehow primaeval with hints of African and Asian sounds and beats. And it’s organic because although the music is made electronically, it has the sound of a group of musicians.

And over, in between and in this soundscape lies a vocal that is eerie, beguiling and mysterious. A voice that is not just singing; this is a performance of the sound. It sounds, if I am forced to say, a little like Kate Bush.

This is utterly beautiful. It’s musical food for the soul.

‘Fly Girl’ is taken from the forthcoming EP ‘Meet Me In The Real’; out 20th May via KEEP IT DIRTY & Manchester Jazz Festival.

Dirty Freud is the pseudonym of ambitious electronic live & recording artist Danni Skerritt, who has forged his own way with his trademark, uncompromising brand of Electronica and Jazz. Hailing from London, the DJ has found success since relocating to the North of England, collaborating with musicians across the country involving a revolving cast of characters and collaborators into the world of Dirty Freud. Having steadily built a reputation on the live scene through a string of energetic performances across the UK, Danni has taken to the stage at Glastonbury, All Points East, Citadel, Boomtown, Beatherder, with shows globally in Germany, Croatia, France and more.