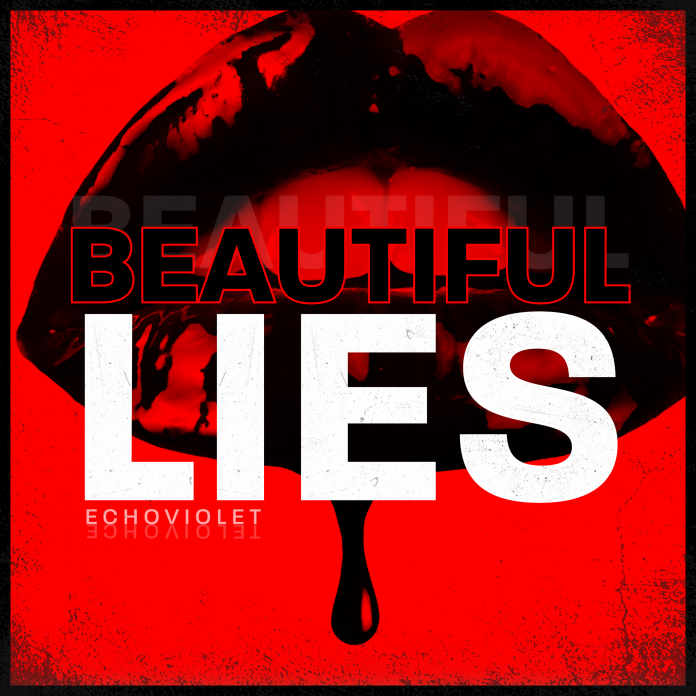 Echoviolet have a tendency to do the unexpected; so what are they giving us with their new release.

I guess you could describe ‘Beautiful Lies’ as alt-rock, although that doesn’t tell the whole story. There’s a stunning electric blues sound to this track that left me completely without words. In short it’s Echoviolet doing their Echoviolet thing; making music that’s hard to pin down to one genre. If I was pushed I might use the phrase alt blues rock but this seems woefully inadequate. It has sounds that I find familiar – Peter Green period Fleetwood Mac, Muse, that wonderful band CPSD, even later period Whitesnake, the bing aggression of alt-rock – but it’s put together in ways that are simply astounding.

If a band are going to attempt a track like this, they better know their stuff musically and Echoviolet do know their musical stuff. If you’ve been keeping up you’ll know this, but just in case you didn’t these guys are incredible players. The guitar in this is fantastically beautiful; it’s going to blow your mind. Quite how the drummer and bass player keep up with all the changes I don’t know but they do. A special mention here for the drumming which is not at all what you might expect; it’s inventive and clever.

Simply put, this is an outstanding release. One that’s going to leave you reeling, open mouthed with astonishment. And totally addicted to it.