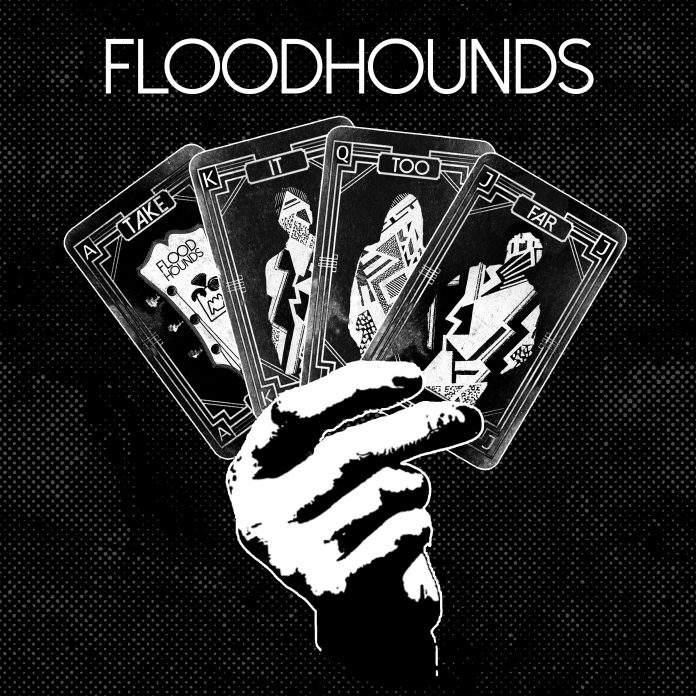 Ah Floodhounds, I love their bluesy, swampy indie punky rock thing. Seeing them play at Cafe Totem last year is up there in the list of my fav gigs ever. So to the new single ‘Take It Too Far’, I’m going to say right away that this is an instant ‘it’s got into my head, can’t get it out, don’t want it out of my head’ track, it sounds like one of those things you hear and you can’t quite believe you’ve never heard it before. It’s barely halfway in and you’re singing along at the top of your voice. This thing rocks people, it’s catchy, it’s really accomplished musically, it’s raw and at the same time smooth.

It could, quite easily and still be absolutely fantastic, just rock out for the whole track BUT are the band happy with that? Nope, they throw in what is best described as a dreamy psychedelic section with, of all things, flute (played by drummer Lauren) and some quite fab harmonica. The groove in this section is just way cool.

In fact, right now I just have to single out the drumming on this track, it is simply great, it’s not flashy, it’s just ‘right’, Lauren is one of those drummers who leaves space and that’s a lovely thing. That’s not to downplay Jack’s guitar and vocals. The vocals are one of those things that make the track, and the guitar, it stabs, it throws out these phrases. Although, if I can just be a bit indulgent for a moment, I long for him to just throw in a solo, that guy can play people.

Another thing, having just gone back and listened to some of the band’s previous songs, is that this track mixes the raw with the smooth, those moments when the guitar kicks in hard are all the more effective for that mix.

‘Take It Too Far’ is just the most wonderful beautiful thing people, check it out right now. And then go get tickets to see Floodhounds live.

The single is released on 20th October with a Spotify exclusive in place. 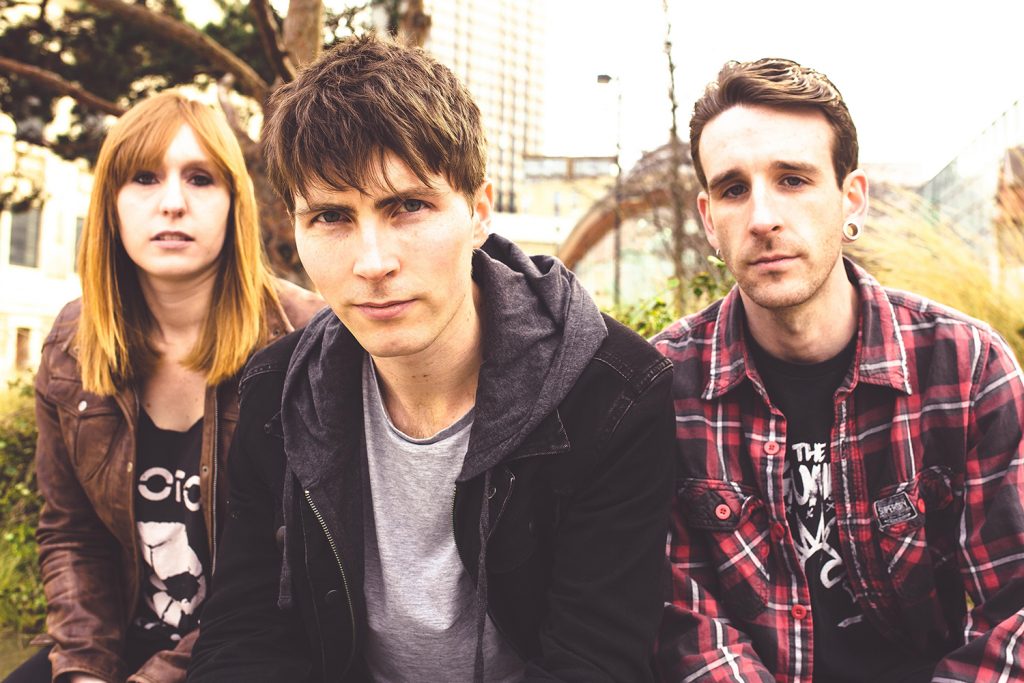 “Take It Too Far is an in-your-face, riff heavy, punk tune full of guitars and bluesy harmonicas. Thanks to our Drummer Lauren’s secret flute skills, we also found ourselves exploring new musical ideas such as bringing in those Flute parts for a psychedelic bridge section. The message behind the lyrics is just one of optimism in the face of challenging times. You don’t know how exactly you’re going to make it through whatever it is you’re facing, but you’ll get there someday” – Jack Flynn, Guitar/Vocals

The song marks the first release for FloodHounds since ‘Wide Awake’, which made it into the BBC Introducing’s Top 50 tracks of 2017. Take It Too Far was recorded at MUStudios in Sheffield with producer Martin Smith (Richard Hawley, Jarvis Cocker, Groove Armada)

It’s also the first FloodHounds track to feature new bass player Joel Hughes, who made his live debut when FloodHounds kicked off 2018 with a sold out support slot for The Blinders in Derby.

More to be announced