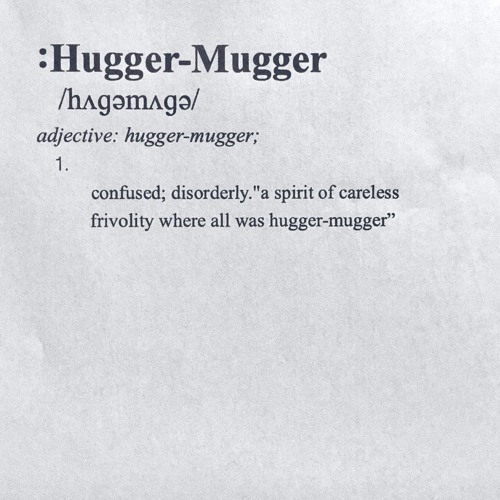 Fudge., you fucking beauties. This is a riot, a joyous riot. A riot that just makes you want to lose your shit in all sorts of inappropriate ways.

Look before I go on, some of you may be wondering what in the hell the title of Fudge.’s third single means, if indeed it means anything you may be asking. It does, it means confused or disorderly. Interestingly it also means in secret or in a clandestine manner. Fudge. very definitely mean us to take this as the former of these meanings. It’s up to you if decide to read the song in any other way taking the second of these meanings.

OK so we’re up to speed here? Lesson over, back to the music. It’s kinda punky, even kinda metally in places but it’s Cam’s vocals, with their usual swagger, that make it bloody dangerous. It has attitude, huge amounts of attitude. It explodes into yours ears and doesn’t let up. It encourages bad behaviour in a glorious way.

So let’s hear what the band have to say about this song:

CAM – vocals: “I wrote this song about Otto because he was pissing me off at the time.”

OTTO – guitar: “Our last tune, Not A Threat Just a Warning, was serious and it served a purpose. This tune is a tune to drive to and get hyped to; it serves no further purpose than to get you going.”

JOSH – bass: “It’s a soundtrack to mosh to and escape from your mundane real world the next time you come see us live, if you’ve got the minerals.”

ANGUS – drums: “Search the definition of hugger-mugger on Google; that’s pretty much it.”

The chaos this song is going to bring live, I can only imagine. Utter chaos and frenzy. Messy to the extreme. Beautiful madness. I can’t wait for that.

Fudge.’s releases just get better and better. This single is just a part of their unstoppable journey to wherever they want to get. It’s a statement of the band’s ability to produce music that is just so good, so compelling, music that goes straight to your soul. This song is going to get you up and fucking moshing in seconds.

If you’re not on the Fudge. kick, now is the time to get on it. Listen to this, and then go and see the experience that is Fudge. live. You won’t regret it.