September is turning out to be a good month, there have been some wonderful releases, and this is one of them. It’s the lead single from the band’s upcoming live EP ‘The Town Hall Session’ – recorded at Leeds Town Hall naturally. See how casually I dropped that factoid into the review. Yes, an EP of songs recorded live, in FUDGE’’s natural environment, playing live.

“‘Money To Be Made’ expresses my despising of the formidableness and greed of those at the top with power and money. I see it a lot of the time as billionaires hoarding money and wanting to keep on making it, disregarding employees below them and the magnitude of hours they work for very little pay. I understand that they worked for it and they earned it, but surely there comes a point where you want to help the world around you and enough money is enough? The song was inspired through working on minimum wage for the past six years and expresses the desire for more from life and for everyone in the same boat or worse off. I was also inspired by the corruption of elections and the involvement of media, as well as disasters such as Notre Dame burning where millionaires piped up for that but not for famine, poverty and to support those in need. I’m not sure if you can tell in the song, but we sound pretty pissed off. When it comes to writing songs like this, I let multiple things build in my mind and write a general song surrounding it”

So there’s a lot to unpack in the words of the song, and shit there are a lot of words to get your head round. But, as Cam as indicated, the words encapsulate the sense of outrage at the way those at the top treat us in their bid for power and money, in their greed.

Musically the track reflects the subject of the song. While it may start – and by the way end – like you’d expect a FUDGE. song to do – it’s dance-y people, it’s the blast and sheer aggression of the middle section that does that. It’s hard, it’s fast, it urges you onto your feet and out into the street. Live – and I always come back to that with the band – this is going to be an all out riot.

Otto (guitar) says this about the song’s musical style and approach:

‘Although we definitely have a specific genre that we write in and that we play, most of us in the band rarely listen to hard rock. We all have it and we all love it, but we listen to so many other things as well, and this is where the dance feel and the strange time signature came from for the beginning and the end of the song. I was also listening to a lot of QOTSA at the time, you’ll hear the influence I’m sure. I like the idea of not knowing what’s going to come next in a song and being surprised by a section change, so I wrote this one as a song for me, something to play around with and something I would genuinely love. I personally think this song is the best on the EP, if not a close second to one other that will be released later this year’.

So does the whole capture the feel of FUDGE. live? Well, yes and no. Yes in that it captures the power of the band that you hear when you see them live. But no, it doesn’t capture the feel of being part of their gigs. I’ve seen them enough to get that when I listen to this, I can imagine it if you will. But maybe I’m being picky, you can’t really expect a recorded live track to do that, can you? And perhaps it’s because they are one of the bands I’ve really missed seeing in this period of lockdown. Hearing this makes me miss the atmosphere of their gigs a fuck of a lot. 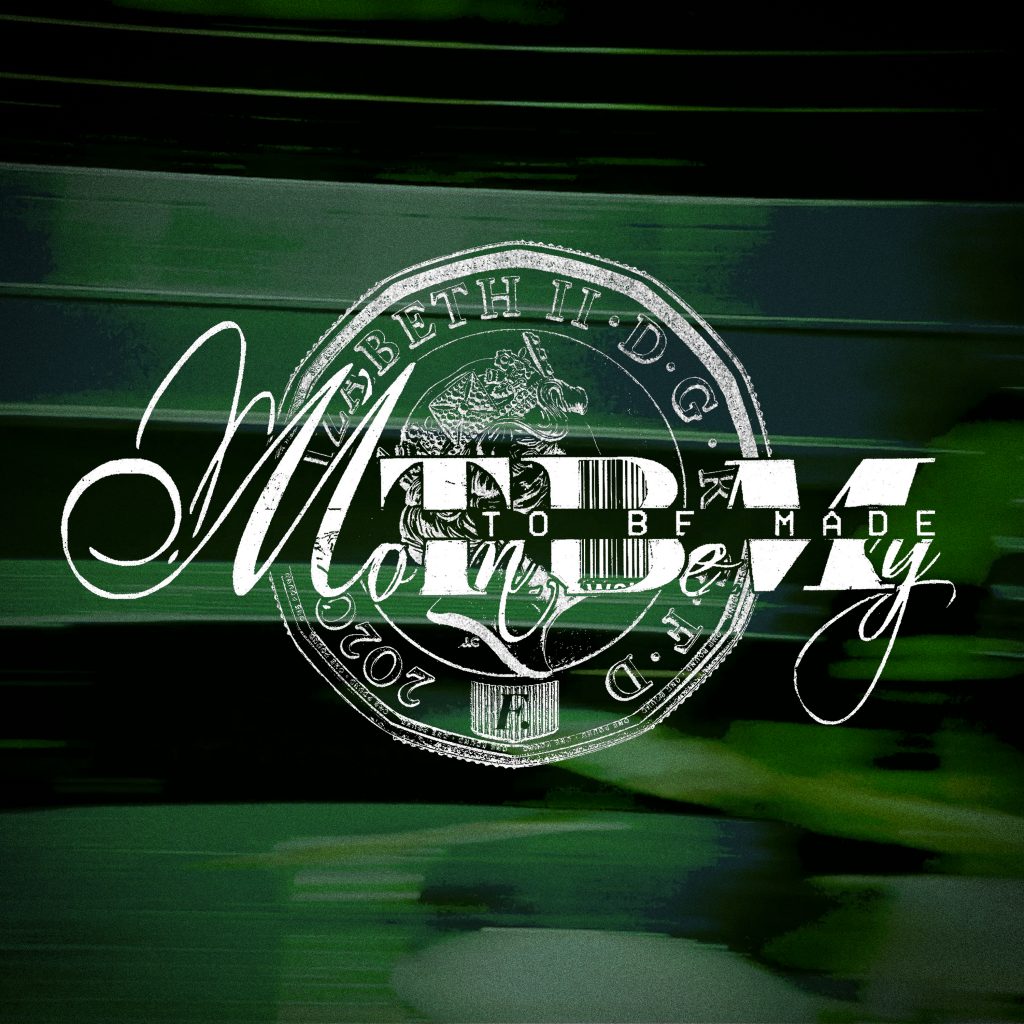 A last word from the band from Angus (drums):

‘I think most people can relate to this one. It’s shining a light on the feeling of powerlessness and the stress that comes with little financial income whilst seemingly having endless outgoing responsibilities. This is our way of expressing how angry we are with the structure of capitalism and that doing what we love with the people that we love, and to the best of our ability, is how we overcome or at least circumnavigate the unhappiness associated with working a mindless job. Get angry but have love with this one, I guess that’s pretty much what we stand for. We recorded these tracks live at Leeds Town Hall, which I think is the only way we could have captured the energy associated with this song. It’s an unrelenting beast that keeps you on your toes with its erratic structure. This one is pure expression for us, so enjoy our unrestrained sound. And if you do like it, come to a gig, man’.

Like ‘Not A Threat, Just A Warning’ this song did something to me, feeling the anger in the song made me angry – or perhaps I should say more angry, yep more angry definitely. This is a fucking call to action, the soundtrack to protest. And right now is the right time to release this, right now the things the song is about are out in the open, they don’t even try to hide it any more.

This is one hell of a song, it’s FUDGE. in a nutshell – the excitement of the band playing live, fine fine words about a subject we can understand and relate to. And look, even if the song isn’t something you can relate to, the music is fucking great, it’s a bloody riot. As a teaser for the EP, it’s left me way beyond excited for the release of that, can’t come too soon as far as I’m concerned. 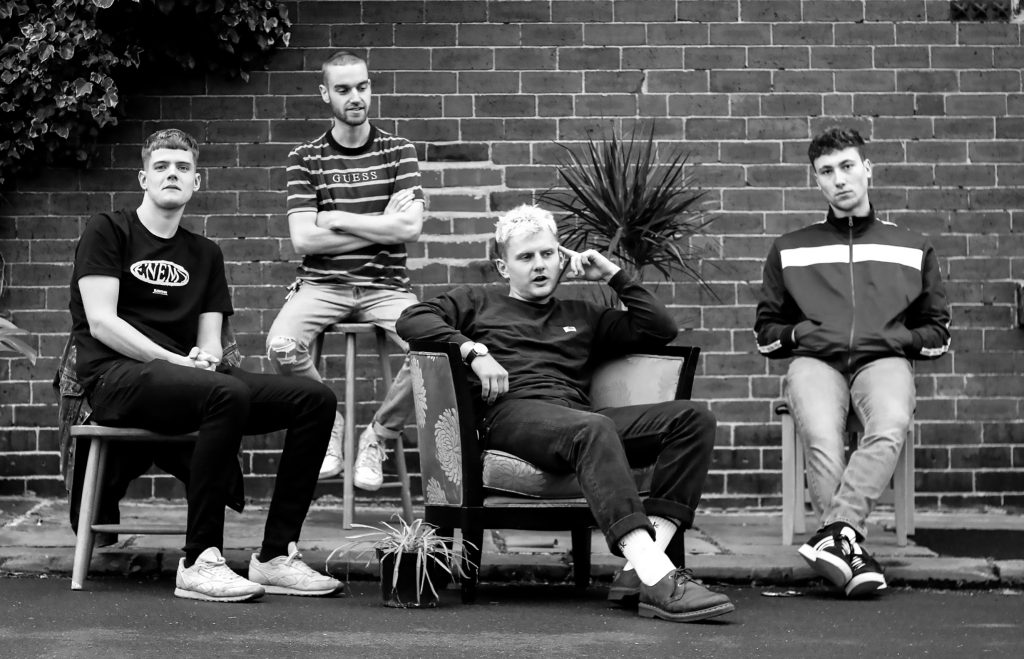 ‘Money To Be Made’ is the first release from the second FUDGE. EP, appropriately titled THE TOWN HALL SESSION. Born under the rafters of Leeds Town Hall where the band recorded the epic single live, captured and mastered by local producer Kane Whitelam, MONEY TO BE MADE and the EP are rooted solidly in the city and represent the trials of a life lived on minimum wage in the nearby terraces. The song expresses the anger shared amongst the working class of Britain and the frustrations of constantly working for faceless corporations. However, as FUDGE. constantly provide, the single empowers those who relate to this frustration and encourages them to channel it in a positive way. FUDGE. are saying it’s good to be angry but we need to be active, to stand up and face whatever is oppressing us.

The band pride themselves on their live performance which, repeatedly, is eulogised by those who find themselves caught within the chaos of a FUDGE. gig. Their epic live performance has now met head on with the majestic and iconic venue in which they recorded THE TOWN HALL SESSION. Unfazed by the eminence of the building, the boys and the team captured their hectic performance in stark polarity to the splendour of the venue. You wouldn’t think to pair the two, but it works. Live videos will be released throughout the remainder of 2020 alongside each of the three singles from the EP..