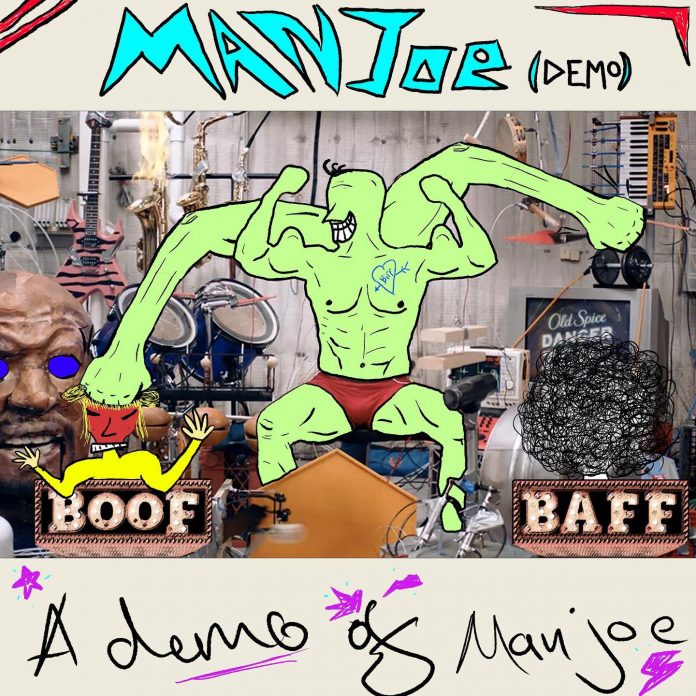 I wouldn’t, because I just wouldn’t, usually review something that is being released on Christmas but you kinda expect nothing less, or should that be more, from FUS. And it’s FUS FFS, a review is almost compulsory.

For those of you who are not aware of FUS, what they do is just mad, way way way out there. It’s psychedelic/jazzy/funky/bluesy (pick any combination of those OK?), it’s just huge musical fun and slightly absurd. But you see they do this with a degree of musical ability that is, to be frank, off the scale. The first time I saw them I had to adjust my mindset at least three times before I got what they do.

Because you see, they’re a bit like Zappa, they are hugely capable but they chose to make music that is beyond left field, way way beyond. And it is incredibly wonderful.

‘Manjoe’ is a case in point, it comes across as something played ‘under the influence’. It’s an instrumental.

It is, in essence, a beast of four parts. A riffy acid-rocky funky section, a section which is basically a freeform jazz drum solo, followed by a grungy noise rock section and then it goes back to that riffy acid-rocky funky thing. There is a progression through the ‘sections’ that makes sense. But, and this is a huge but, it’s played so well it hurts. The guitar is a fucking joy, the drums are banging. And all of this is crammed into 2 ¾ minutes. They basically manage to do what some late 60s’ bands could only do in one side of a vinyl album in under three minutes.

You could spend hours, or perhaps days, asking yourself ‘why just why would they do this, and then release it?’ But this would miss the point entirely. The simple answer is ‘because they could’ and ‘why in the hell not’.

This leaves you in two, not necessarily conflicting states, one with the biggest smile on your face and two, reeling in wonderment as the sheer brilliance of the playing. Whether this was what they wanted you to feel like after listening to it, I have no idea, but this is how it left me. It’s just music for the sake of music, music that they do because that’s how they like to make music. It is fucking fantastic and an incredible joy. Play loud as you dare and on repeat people. Freak out, let yourself go.