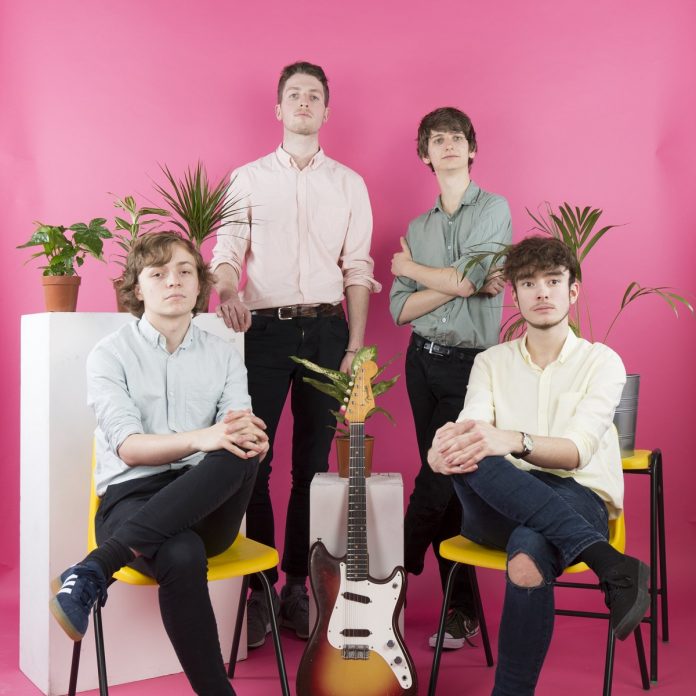 ‘I’ve Wanted’ is infectious. It’s the funky poppy vaguely indie pop sound and the frankly earwormy tune but most of all it’s in the vocals. The vocals on this track are fabulous, there are harmonies, there are vocal lines that tumble and cross over each.

But wait there’s more. There’s these rushing guitar sections that are just exhilarating. There’s these rather wonderful cowbell sounds propelling the rhythm along. There’s what seems to be a rather simple lyric but it’s well written and people we’ve all been there, be honest now.

It’s summery, it’s in that clean clean production where everything is given it’s space, it’s in that catchy catchy lyric – seriously you’ll be singing along in seconds, it’s in those harmonies and tumbling vocal lines.

And it’s really well played. These intricate guitar lines in the rushing guitar bits never falter, they never sound as though they’re about to fall apart. The drumming is going to drive your feet.

Great pop is one of my things, I really love great pop, I mean really love it, yeah I can listen to psychedelic acid rock for hours and enjoy it, but when it comes to putting a smile on your face, there’s nothing like a great pop song. ‘I’ve Wanted’ left me with the hugest grin.

The band say ‘Leftfield rockers Green Gardens, a blossoming Leeds band, embody an impromptu spirit. With funky riffs and exhilarating choruses, Green Gardens are as much a vehicle of energy as they are an outlet of true expression. Real exploratory sincerity sets them apart from the tiring ‘boys with guitars’ formula as darker themes simmer behind the facade of a smiling four piece in a mixture of old school and current influences’.