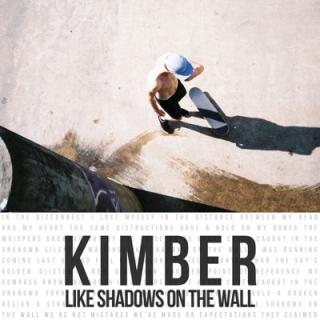 If, like me, Kimber are new to you, here’s the basics – Kimber are two people, based in Yorkshire, who’ve been friends for 15 years. They make music that you could describe as electronica alt-pop; at least that’s how I’m going to describe, I accept that you may describe it in some other way.

You may be aware that here at LSF we only review music that grabs us, that we like or love; life is way too short to be reviewing music that we don’t like. So what grabbed me about ‘Like Shadows On The Wall’.

What I really liked about this track was that, while it goes beyond ‘pop’, it has pop sensibility. The sophisticated production and arrangement, the progressive sound, doesn’t overwhelm the fact that this has one hell of a tune, a tune that you just can’t help singing along to. And a beat – although it’s no dancefloor banger, you can certainly throw some gentle shapes to it, it’s slow groove people – that just doesn’t stop.

Other things to love, yep you’ve got them. Let’s start with the sweetest vocals singing great words. And then let’s go to the fact that while it ‘references’ 80s’ electronica it’s not retro, it just adds class. And finally, while it’s undoubtedly sonically layered, those never overwhelm it, there’s space to die for.

But at the end of the day what these add up to is one hell of fantastic (alt-)pop song. And fabulous pop is something we all need in our lives, get this in yours. 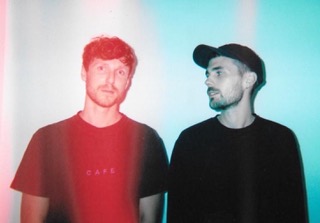 Kimber are a Yorkshire based duo, who have each spent the last decade working through different projects and guises before finding home with Kimber.

Kimber draw inspiration from the alternative and experimental to post punk and new-wave, writing with production at the heart of their music.

This autumn will see the start of their newest musical odyssey, where 15 years of friendship has allowed them space to explore and experiment in order to find the truest reflection of the band.

This release will be followed up by another single ‘Think I Know The Answer’, plus a 2-track cassette featuring both singles, set for release through Safe Suburban Home Records on 6th November.