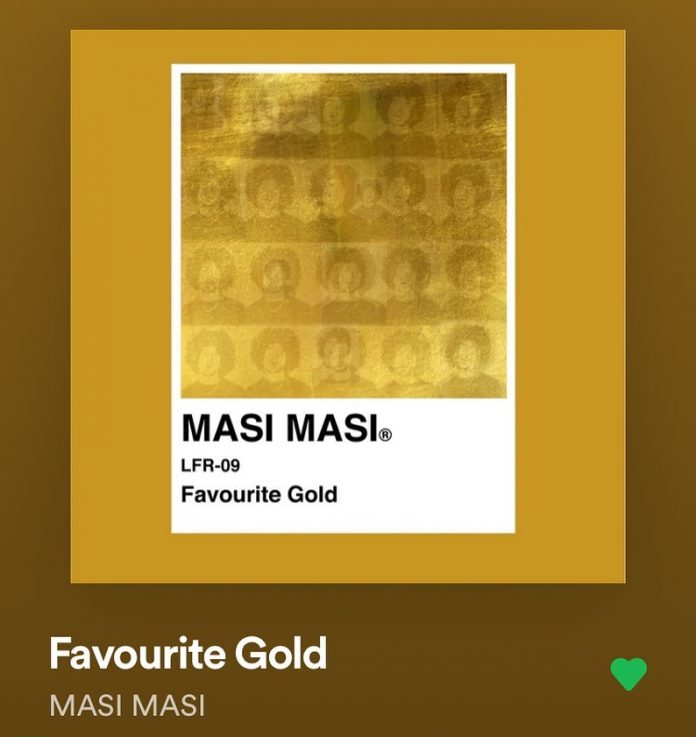 Look I know this release has been out a short while, and some of you out there will already be grooving to it. But the thing is that when I got to know ‘Favourite Gold’ had been released and I’d had one listen to it, I knew I had to tell you about it.

This thing is pop to the max, it mixes something of an indie-pop sound and a distinctly 80s’ feel. It’s beaty – way beaty, synths bubble, blare out. And it has just lovely vocals.

I described this as pop, and it is, but it’s pop with an edge, an edge of occasional strangeness – odd sounds abound, an edge of cleverness – there’s a sense of ‘we might be doing pop, we know we are, but we’re doing it our way’. It has what I call a Classic Pop feel. Classic Pop is what I call those incredibly well produced pop singles that came out in the 80s – ABC, ‘Dare’ period Human League, Scritti Politti – pop that is crafted, not throw away.

And this may be a ‘pop’ release and the Sound of Summer in 3½ minutes but it’s something that’s going to stick with you, become a fav track far into the future. If you’re not already grooving to this, start now, it’s a joy.