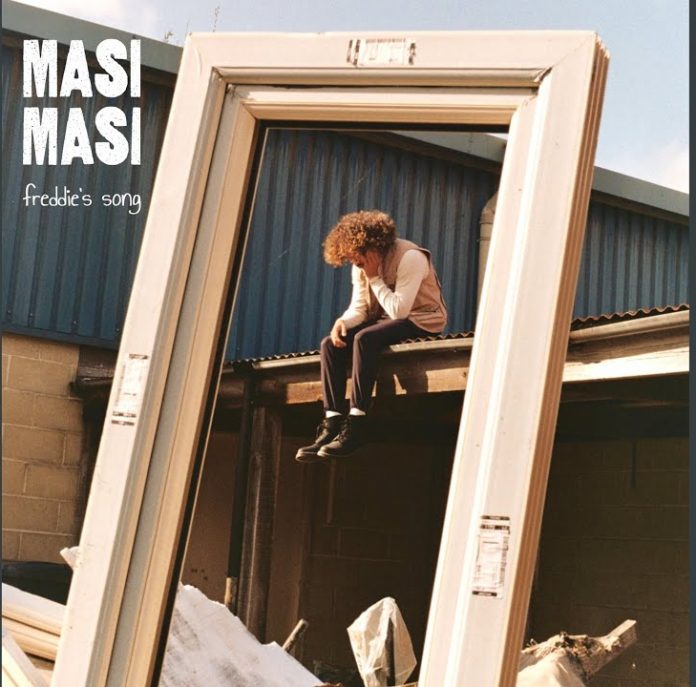 It’s been a while since I reviewed something from Masi Masi – the last one was ‘Favourite Gold’ back in July – and I’ve missed them. Whatever they’re doing it’s always classy and crafted, and comes with a twist, the unexpected.

But how to describe it, this is the question, and it’s a big question. OK so bear with me; it starts in a kinda dreamy psychy indie-pop way, and that is fab, I mean way way fab, But does it stay there, nope. Suddenly it erupts into fierce strident guitar. And that is unexpected and fantastic. And you’d expect it to stay there for the rest of the song but it doesn’t, it drops back to the psyche poppy sound. And then it drops to voice and keys before erupting again. It’s a rollercoaster.

It sounds at times like Primal Scream; only a bit, it’s that dense sound, that pulsing shifting rhythm, it’s that piano.

And it’s full of strange, subtle, unexpected and wonderful sounds. There’s a gorgeous piano. The sounds of shakers and wooden beaters Sounds that woosh. Sounds that tinkle. It’s a sonic trip. Played loud, I mean room shaking loud, odd sounds pop up suddenly, the layers of sound burst over you like a breaking wave. And then that fierce guitar hits you, it hits you in the face.

And there are lovely vocals, a voice singing about it being a long year and being hard to breath. Is this a song about this year? It’s certainly been a long one, and yep it’s been hard to breath. I’m not sure, there are other words that indicate it might be about something else. And who is Freddie? I think this is one I’ll leave to you to interpret (but see ‘A small postscript’ below).

This people is a joy. A cleverly put together track that’s musically completely compelling and addictive. It connects with your soul and your heart. And, I must say, with your feet.

So I was just checking out Masi Masi’s Facebook Page, and I saw this, which kinda helps explain the song. It said ‘I was gonna call this tune ‘Long Year’ after having such a shit year at the time, but my best bud Freddie loves this song and she was someone who got me through it the most, so it made more sense to give it to her’.

This explains the changes in tense. And it’s made me think about the song in an entirely different light. Makes sense now.