The title track of Mayshe-Mayshe’s upcoming album ‘Indigo’ is a darker and moodier track than the first release ‘Dark Mountain’. While it has the elements, or at least some of the elements, of electro-pop, this is really all about atmosphere.

From the start with moody synth, strangely of-kilter rhythm and almost whispered vocals to the build of layered vocals and an anxious skittering sound; this is a track to immerse yourself in, let it take you on a musical journey.

If I am forced to pick it apart, which as a reviewer I guess is part of the job, there are hints of the influences of early post-punk electronica, more than a touch of 80s’ synth driven pop and dance music, techno, and a huge dose of what I’m going to call DIY electronica. But the whole blends and melds these into something which has that sound she does. I say the sound she does but I get a sense of something new in the sound. My problem is this is something I can’t define right now.

It’s a word I often over-use but this track is beautiful; layers of carefully chosen dreamy sounds and vocals are put together with craft and, yes, emotion to make something that is absolutely mesmerising.

Go here for links to socials and websites, and to stream and buy: https://linktr.ee/mayshe_mayshe 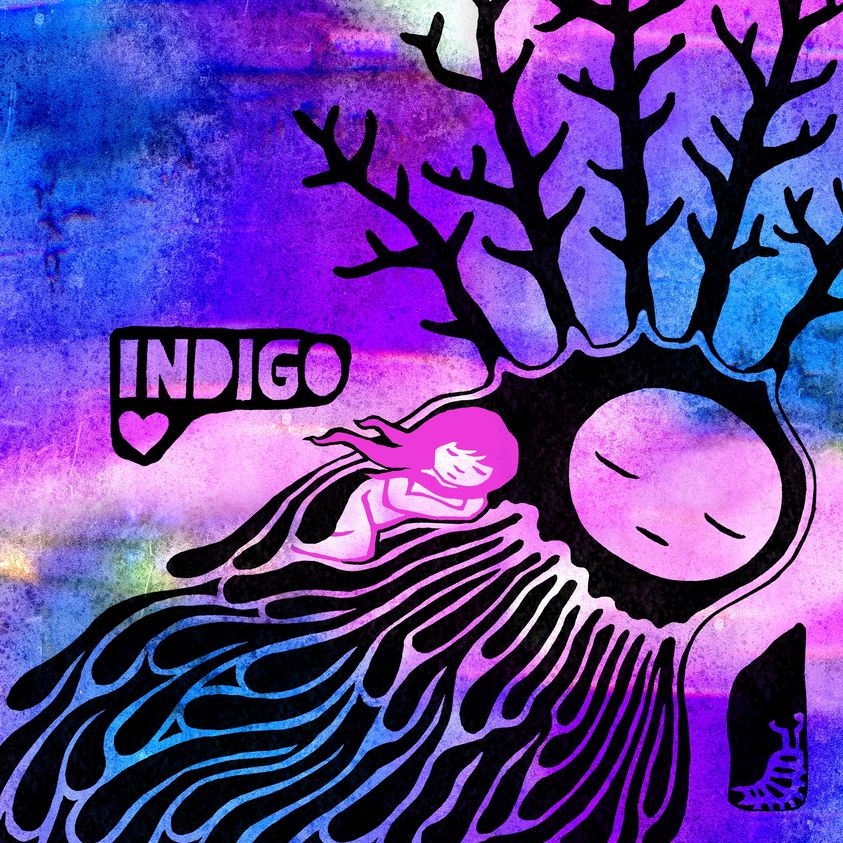 Mayshe-Mayshe is the solo project of Yorkshire-based writer-producer Alice Rowan. Since releasing her debut LP ‘Cocoa Smoke’ in 2018, much in the world has changed – or at least become more apparent.

She has also played alongside members of Juffage, Vessels and Esper Scout in Leeds-based band Living Body.

Her new album ‘Indigo’ – due out on 11th November unpeels layers of ennui, uncertainty and melancholy against a backdrop of glittering DIY electronica.

The album is written, recorded and produced by Rowan. Embracing the DIY ethos that’s a clear drive behind all Rowan’s creative output, she’s spent the last years honing her production and home recording skills. “Learning to self-produce my music has been such a joyful, empowering experience – it feels like having a super power, having this new ability to create sonic worlds from my sofa.”

Go here for a link to buy tickets: https://linktr.ee/mayshe_mayshe