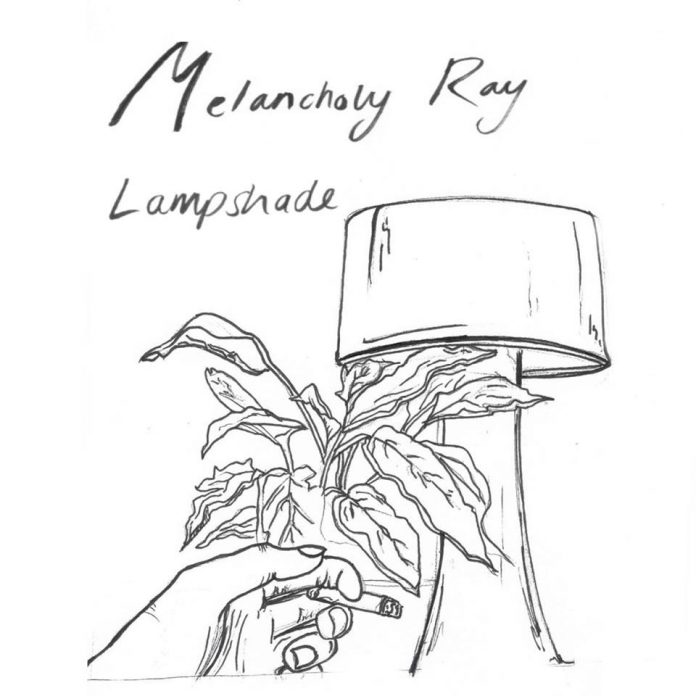 ‘Lampshade’ is one of those ‘so first listen, not sure about this, does some rather strange things at times, second listen, hey this is so so catchy, like the strange things if I’m honest, third listen, can’t stop my feet and fingers tapping, perhaps just one more listen, and then again perhaps a couple more’ things. It is in short, a grower.

It’s kinda mostly indie, it has one bit which almost sounds strangely like one of those AOR riffs, it has this dropout to a slow bit which I have grown way attached to.

It starts with this weird sort of ‘let’s just record the drummer doing their hi-hat thing for a bit’ before launching into this indie riff which just drives along. There are vocals, but under those vocals there is just the most un-indie like drumming. And then there is the slow bit, followed by the almost AOR riff bit. Look this thing is going to sound like a mess if I go on, so I’m not going to.

The thing is I love the fact that it has these sections – for want of a better word – that sorta shouldn’t work together but do. It works because it is tight but way loose or even loose but way tight. It works because actually these guys can play, I mean really play. So the riffy bits are really really tight, they are just so locked. But the slow bit is just this ‘what the fuck’ moment, what is it doing there, but it just works OK. And the vocals are fantastic, Callum has this wonderfully laid back thing going on with his vocals in the first half, and then in the second half of the sound he gets all sort of urgent and snappy.

The thing is that I love the fact that it sounds like they are doing it because they love making music, that joy just shines through. I love that fact that it’s a little rough round the edges, that it starts with this strange drum thing and ends with this random guitar thing. I love that it took me a while to get it, and then I did and then I just couldn’t help but smile like crazy because this thing is just so good.

The fact that for the life of me I can’t work out why it’s called ‘Lampshade’ doesn’t really matter, even if I did spend quite some time trying to do that, and then gave up because it really isn’t important.

What is important is that ‘Lampshade’ is just a blast of energy and music played extremely well by people are obviously so enjoying playing it. This song is just so cool.

Available on all streaming platforms

Melancholy Ray is a four piece musical project developed by Callum Fewell which includes elements of indie/alternative rock, taking inspiration from the likes of The Strokes, Franz Ferdinand and singer songwriters such as Elliott Smith the band strive to create catchy songs which harness emotions, experiences and thoughts of the every day human.