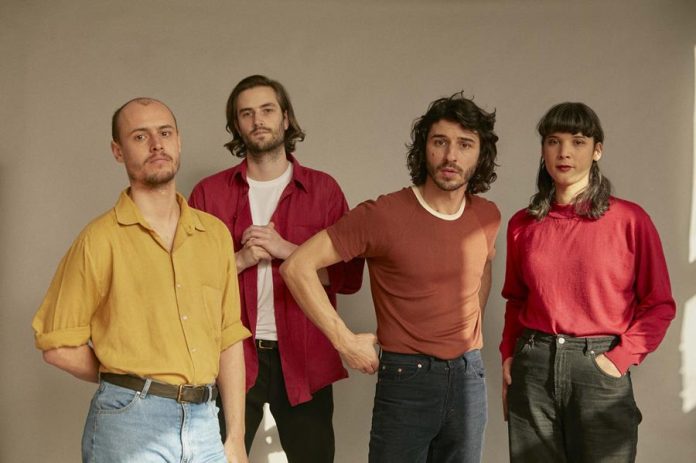 At the start of 2018, Mildlife were set to release their debut album via Australian imprint Research Records. Few first releases can garner praise from Mojo, The Guardian, BBC 6 Music, The Express, and Shindig, and then pick up equally high praise from the likes of DJ Mag, Resident Advisor, Worldwide FM, Dummy, and Indie Shuffle. Yet it is in the fusion of these various genres, tastes, and influences, that Mildlife originally bonded and look to reflect in their sound.

Mildlife are adamantly not a studio band. Between 2014 and 2015 they took a year off playing shows to figure out how they could produce as much of their music live as they possibly could without losing its complexity. “It makes the performance, the composition, more malleable,” says guitarist and multi-instrumentalist Adam Halliwell. Bassist Tom Shanahan adds “It feels more authentic. The energy can be in the song rather than sitting on top of it. We wanted to leave a lot of room for improvisation.”