Oh boy, this track growls – it’s spikey, it’s musically epic. And, importantly, like other NARCS’ songs, it’s about something.

The thing about ‘Pig’ is that it never settles into anything predictable, There’s a doomy angst-laden start with some rather wonderful squealing guitar. After that you’re going to get tempo changes, quiet bits, loud bits – musically it’s spot on.

I’ve got to mention the vocals, which I can’t describe in any other way than ‘right’ for this track. Wilko means every word of the song – there’s a huge amount of feeling being poured into the words.

So what’s the song about?

“Pig started off as an anecdote we heard about a chance meeting between a man and his childhood idol in a supermarket.” guitarist Joe explains “This idol was the reason the fella had gone into the same line of work (I think it was acting) and this guy was starstruck. When he finally plucked up the courage to go and speak to him, he noticed that the guy just had a crate of booze. He asked him: ‘Are you so-and-so?’

And the guy didn’t even look up, he just said: ‘What’s left of him, yeah.’

Then he took his booze and left, leaving the other bloke sort of crushed with disappointment but also really pissed off at this idol of his for being so blasé. So we went from there with that ‘what’s left of him/me’ idea.’’

Joe says that: ‘‘From there it morphed into this sort of self-loathing, angry song about wanting to mould someone into something that suits you better, and how that’s a bit of a violent process. We’d also seen a few things about how certain individuals were treating the people that invested in them and it had pissed us off to the extent we were sort of wishing we could ‘mould’ them.’’

Apparently John (bass) wanted to call it ‘I Won’t Kill The Pig, But I’ll Eat The Meat’ which the band liked but felt was too much for a title, so they shortened it while they were working on it. ‘’We were on the verge of changing it until revelations that the Tory scum used to fuck pig’s faces for fun. Pretty ideal really,’’ Jo says.

That’s a lot of concepts to get into one song, but NARCS succeed and have produced a track that bears repeated listening. You’re going to hear something new every time you listen – like the fleeting ‘’Oh’’ lurking in background vocals towards the end of the track that I’ve become particularly obsessed with. You may need to listen on headphones to hear this but it’s worth doing as there’s lots of nuance and detail in the production.

I have to mention the video for this track – which you can watch at the top of this review. To be honest, this is trippy and quite disturbing, but again the more you watch it the more you see. 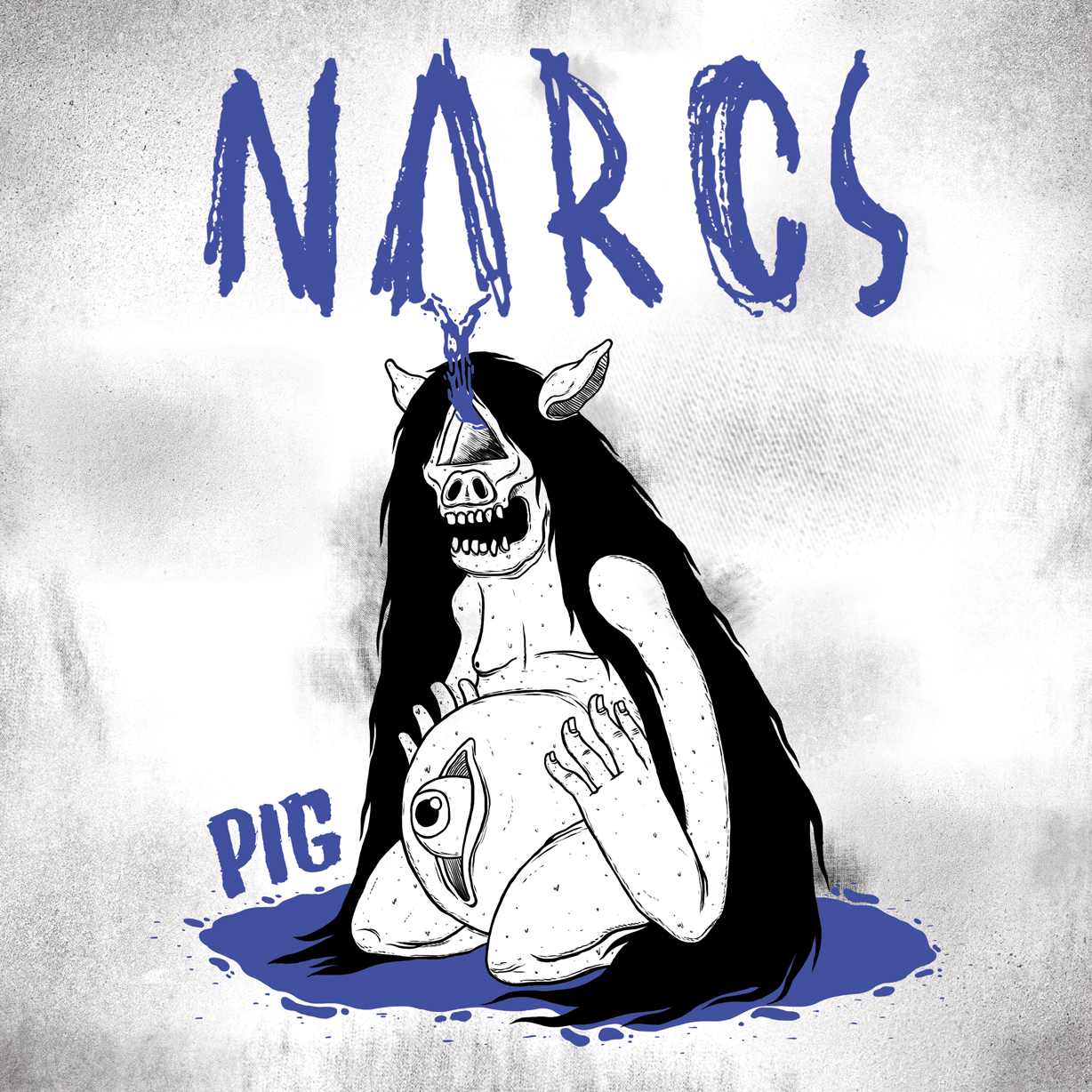