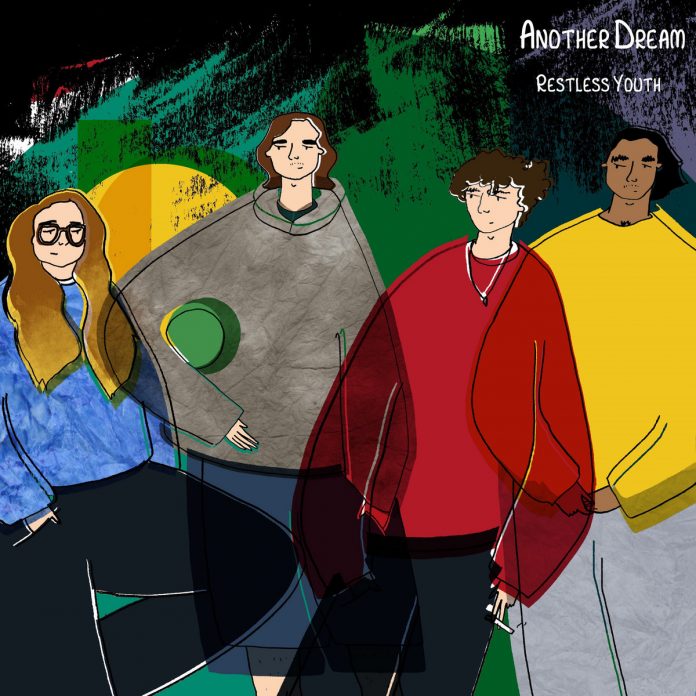 I love what Restless Youth do. They mix it up musically – jazz, hip hop, indie, any damn thing they want to basically kinda stirred into their own thing. Add what I’d going to describe as spoken word – not sure it’s really rap as such, you may think differently – and some lovely sung choruses/bits and it’s glorious. And also I must mention the fact that their releases come with rather lovely artwork. They do the full package.

‘Another Dream’ is – as some of their other releases have been – a story. It’s the story of somebody called Ben Taylor who never left home and remains frozen in time. Why this character is called Ben Taylor I have no idea, sorry, but his story is rather bleak and sad, but wait for there’s a twist in the tale. The narrator sees something good in never changing, in staying at home – love that.

As the story is told in a kind of spoken word style the words are way upfront, so they better be good – good, they’re fantastic, clever, you are drawn into the story.

The rather sad story is told over what I’m going to describe as a rather jaunty jazzy tune. Given that the song is rather sad at first the contrast is strange but it works. It works because as we go through the story, and we reach the twist in the tale, where the narrator realises that staying the same isn’t a bad thing at times, the jaunty feel suddenly makes sense.

Restless Youth manage to do something clever – they make music that you can dance to but also, and this is the key, be totally compelled by the words, the story in the song. The mix of musical styles and great words is just fabulous, something fresh and new.

Get to it people.