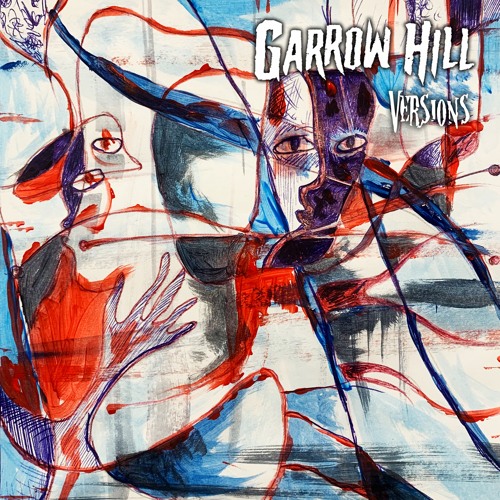 Sometimes all I need and want, and I’m sure you’re the same, is a slab of guitar heavy rock and ‘Versions’ by York based Garrow Hill is meeting that need right now.

I’d guess that the band mix up a lot of influences but the track falls into that heavy alt-rock niche. The one where yes, there are sections of relative quiet, but it’s hard riffing and screaming guitars. They tread, as I see it, that fine line between alt-rock and metal/heavy rock.

‘Been there, done that’ I hear you say, ‘what makes Garrow Hill special?’ Well that’s an easy one. Bloody good playing for one; guitars are frankly fucking fantastic. A fine fine ear for a tune; while it’s huge guitars there’s a tune you can sing along to. And the band have a great way with light and shade; the riffy sections rock hard but there are moments of sublime grace in the quiet sections.

And finally a lyric that is actually worth taking a closer listen to. The band explain ‘Versions is a song that looks at how different people can see you in different situations. It’s about perception and how we see ourselves through others, but also how depending upon a situation, how the fabric of how a person can be altered. It’s as much about appearance, or what is perceived as the superficial judgement on appearance, as looking beneath the obvious to what kind or character a person can be. A hidden message about the veneer of deceit or a genuine guardian angel’.

It does that great thing: you can rock out to it – and you’ll want to do that – and you can get as much from it sitting down and listening to it. My preference lies with cranking up the volume and rocking out but, hey, that’s me. Play loud and proud people, do it now.

A band that has been in two halves, previously unknown to themselves. Strangely, both Stew and PG have been in bands together for many years, meanwhile, Dan and Mark have also been in the same bands for years as well. Call it fate or chance but Mark and PG met at their workplace and conversations about music soon turned to chats about bands and before long about playing live. It didn’t take long before Dan, Mark and PG tried out together as a 3 piece, to coin a cliche, to see if there was any “spark”. Obviously, they agreed and brought Stew down for the next one, and the one after that!

The bands influences are mainly centred around most incarnations of Rock music, though there may be elements of more contemporary or even popular music! There is a kaleidoscope of genre bending going on, for some there is a hard rock/metal leaning (from Nu Metal to NWOBHM and anywhere in between), there’s a classic American rock style (Rock n Roll to Punk), an alternative edge and, if detected, a large section of grunge, indie and lo fi vibes. It’s not just a musical collective though. Bridging a large volume of musical tastes is one part, the second sees the band being influenced by the same British satire and comedy sketches, usually on the darker side, that seem to underpin the foundations of each individual’s connection to each other. There is also an 80’s theme that runs pretty deep too; we’re talking particularly horror and sci-fi flicks of the classic era.