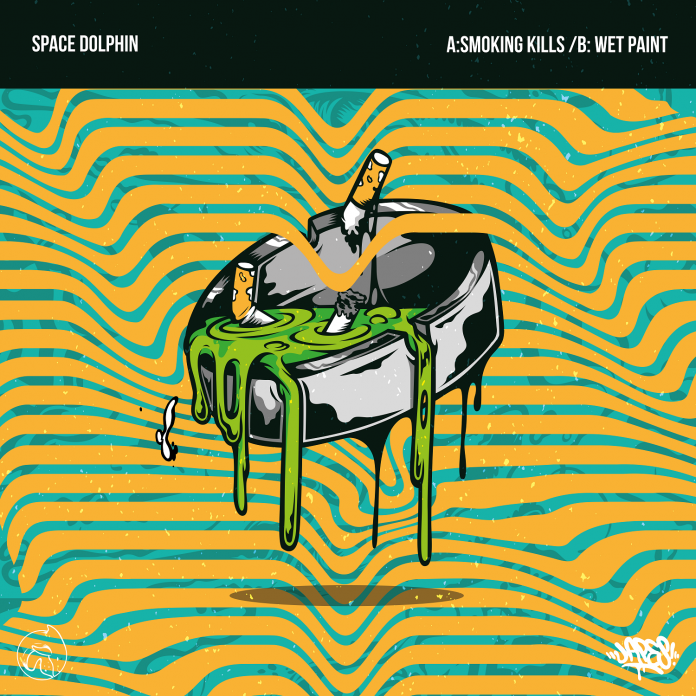 This is the first review of any release by Space Dolphin (Hey, cool name guys) I’ve ever done. Clearly I’ve been missing out, what they do is cool, way way cool. And hey, just for info, these tracks are instrumentals, not that you miss any vocals.

‘Smoking Kills, Quit Now’ is a slow grooving, kinda jazzy thing. While there’s something of a retro organic feel, it’s sprinkled with things that add an up to date twist. At the start it majors on keys – there’s piano, there’s something that has a funky vibey sound to it. There’s spacey sounds that add something that has me in mind of the jazzier output of Gong (Not that I think they’d think me for that), that’s a personal thing, you can choose to ignore that. But then there’s strangely off-kilter guitar that strangely has me thinking ‘Fripptronics’ (the press release says Tom Waits, I get that but it’s that guitar sound that gives me that Fripptronic thing). What it reminds anyone of is largely unimportant, the fact that it’s cool and brilliantly played is the take-away here.

‘Wet Paint’ is a quirkier track, yep it has those cool grooves but it has all these strange sounds. And it has the best guitar I’ve heard in a long time, so cooool. But the thing about this is that in some ways it kinda mirrors a classic jazz improvisation – the players wig out for a while and return to the main groove time and time again. And boy, does it take off in all directions, at one point it goes all wooshy (that’s the only way I can describe it).

‘Wet Paint’ could be described as ‘Smoking Kills, Quit Now’ part two, they sort of work together as one piece, if you were that way inclined.

It’s at this point I have to admit to something – nope not that I’m a huge fan of folk music and indie, contrary to what I’ve been telling you all this time – I am a huge jazz fan. And that’s what’s hooked me into these two tracks. It’s not straight jazz by any means but it has that feel, that jazz groove. The fact that none of the band are shy in showing that they can really play. The fact that they play around with the music – it does unexpected things that just leave you breathless. And I love that they’ve taken elements of other music – hiphop, progressive music – to make something that is so much their own. I miss music like this.

This release is one of the fav releases I’ve reviewed this year. It’s a sonic journey, a wild trip, join me on the trip, people. 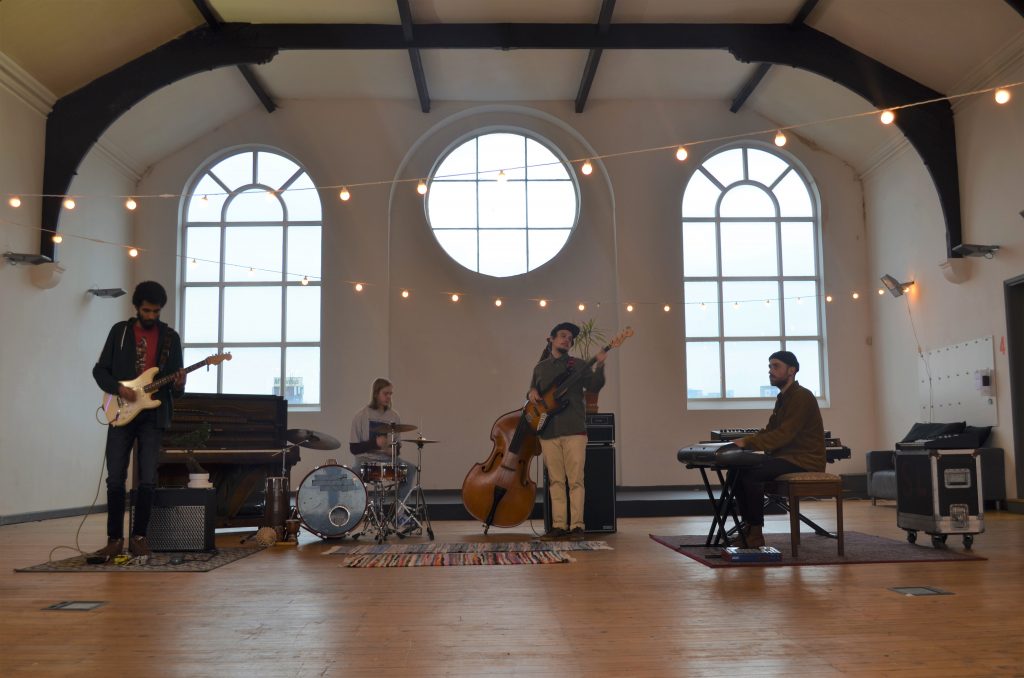 Space Dolphin are a hiphop, improvisation outfit from Leeds, with aims to unite people together through a shared love of live music.Born from an appreciation of groove and improvisation, Space Dolphin have been playing up and down the UK, collaborating with a plethora of talented musicians and MC’s expanding their sound, ensuring each performance is as unique and bespoke as the tastes of each collaborative member