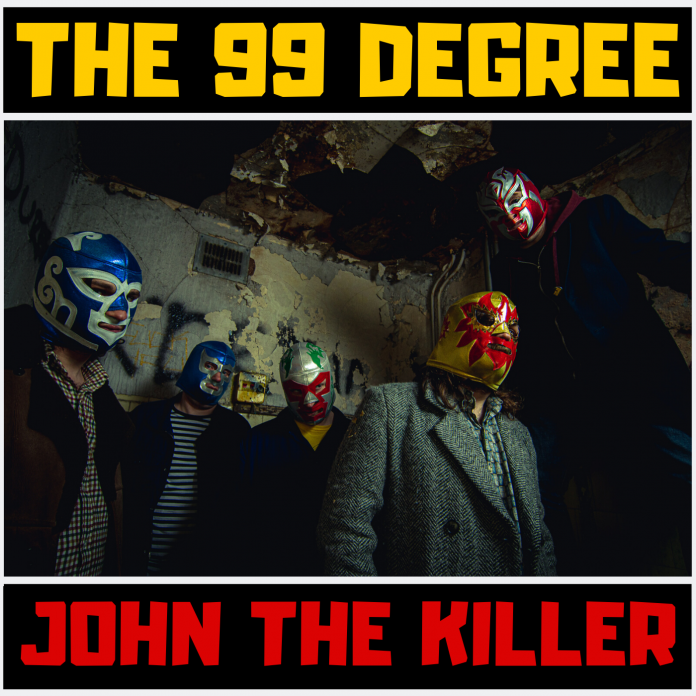 I’ve loved The 99 Degree since I saw them as the first support band at a Fall gig that was to be honest disappointing. They do their own thing, and I love that in a band – as you might have realised.

For The 99 Degree their own thing is mutant punky surfy psychobilly with a dose of western theme music (you know what I mean). ‘John The Killer’ throws in another thing, that Screaming Lord Sutch thing.

It’s all clanging guitar, mad surf guitars, vocals on the bloody edge of gorgeous chaos. I say vocals but let’s be honest the whole thing is on the edge of chaos, it lives on the edge of falling apart. And that’s a wonderful, a fucking wonderful thing. It sounds like it was recorded during the late stage of a drunken night out, but this is a good thing. It’s a riot, it says this is a band who love making music together.

And while it may sound like it’s about to fall apart, the thing is that it’s actually been been put together in a rather fantastic way – from the backing vocals that are casual, to the guitars that basically fucking rock. From the chant-y section to the wild drumming.

And look it makes you want to throw open your windows, turn it up way loud and get people just freaking out to it. It’s hugely fun, and isn’t that something we all need right now.