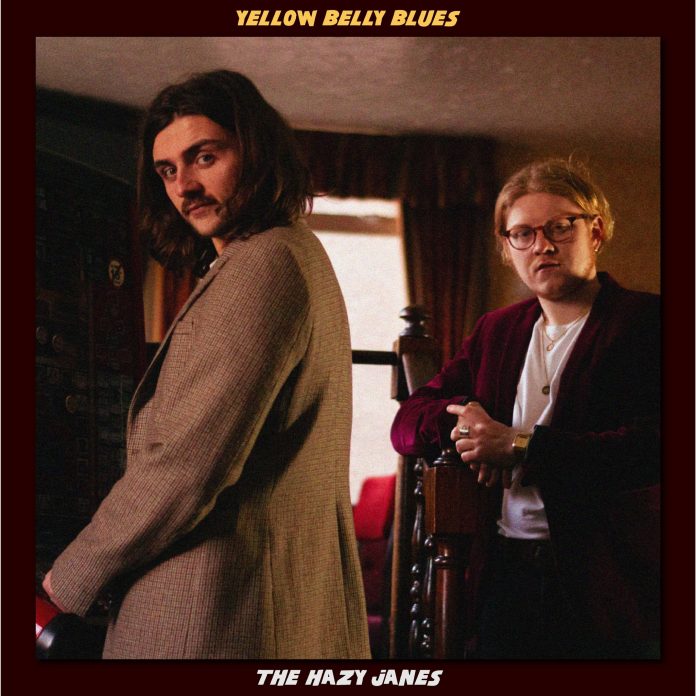 Halifax based The Hazy Janes do heavy blues based rock, I say heavy I mean heavy, really heavy. You may have imagined that they play, oh I don’t know, psychedelic tinged rock with a name like that, you’d be wrong.

These guys play loud, they don’t hold back. So dense is their sound that you forget it’s just guitar and drums. Sorry that’s something I forgot to mention before, The Hazy Janes are a duo; something I found hard to believe the first time I heard the track, and continue to disbelieve.

It’s a while, a long while, since I heard a heavy blues-rock band play this heavy. And it comes with a huge spoonful of old-style blues-rock, and yet there’s something more of now there. Look honestly who cares how we describe this, it’s an absolute fucking joy.

As there only two of them – I keep having to tell myself that – you’d hear if the playing wasn’t good. These two are good. The riffs are perfection itself, the small blasts of out-there sound are great. The drums are fab; they fill in the spaces but not too much, and there’s subtlety there. And they lock together like crazy. And the vocals, the vocals are fantastic.

Look stop reading this right now, crank it up to eleven, and fucking rock out.

Formed in late-2020, the Hazy Janes are a two-piece outfit featuring Ellis Best (Vocals & Guitar) and Bron Bury (Drums). The band draw influence from acts such as The Doors, The Dead Weather, and the Black Keys.

After crossing paths in 2016, the duo were drawn together by a mutual love of all things Jack White. Over the next four years, the two would regularly perform alongside one another on the same bill with their own respective bands: Ellis with Octopus and FREEK; Bron with Bigfoote and more recently Hunter-Gatherer. Fast forward to 2020, and the two began exchanging voice notes of song ideas, potential lyrics and, on many occasions, musings on the future of craft ales in post-Brexit Britain.

At the front, leading the charge of The Hazy Janes, is the roaring vocals of Ellis Best. Harnessing Ellis’ huge guitar sound and the thunder of Bron’s old school drum tones, the result is a sound far greater than the sum of its parts.