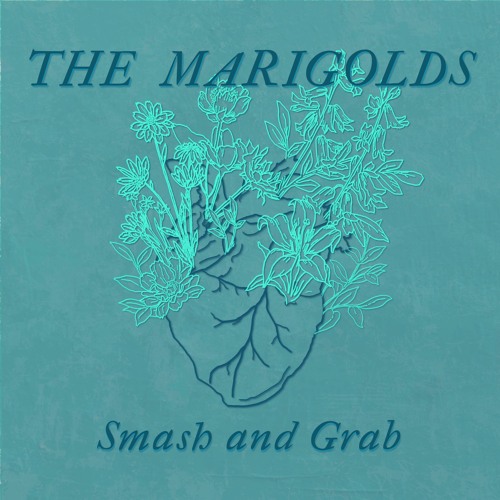 I like punk, I like punk a hell of a lot; and I especially like it when it’s loud, raucous and raw as fuck. The Marigolds’ track ‘Smash and Grab’ ticks those boxes 100%.

I also think, by the way, that their name is rather cool; The Marigolds isn’t quite what you imagine a loud and raucous punk band to be called. I’m loving that misdirection.

The band’s brand of punk lies somewhere in that intersection between The Ruts, Anti-Nowhere League and Dead Kennedys. The vocals, guitar and the groove – and this thing grooves people – has that Dead Kennedys thing going on, the sense of attack and tune is quite Ruts-ish and the rawness is ANL all the way. And this, my friends, is one hell of a sonic mix. It bites, it bites hard.

But are they content with that; no way. They throw in some Garage Rock for kicks. And a revved up end that is so Dead Kennedys it hurts, and it does hurt it’s like being run over by a charging elephant.

I also rather like their casual approach to dropping more than the odd swear word. I am talking about the non-radio edit version here (which you may want to seek out), the radio edit removes those swear words. Something this raw sounds better with the swearing. Still I guess you have to make allowances for radio. You could bleep it for radio I guess and it would still sound fab. Unlike The Dead Kennedys’ ‘Too Drunk To Fuck’ which I recall hearing on daytime radio; rather more bleeps than actuall music.

Look I’m not dismissing the radio edit, it’s fantastic. It still has all the good good musical things I mentioned above, and you can still lose your shit to it (and should).

It may be punk but if you’re into loud raw riff heavy guitar music of any kind – metal, garage, psychedelic grunge, psych-garage – you’ll be into this. I’ve said it before, and will probably say it again, but this sounds better the louder you go. Set everything to 11 and blast.