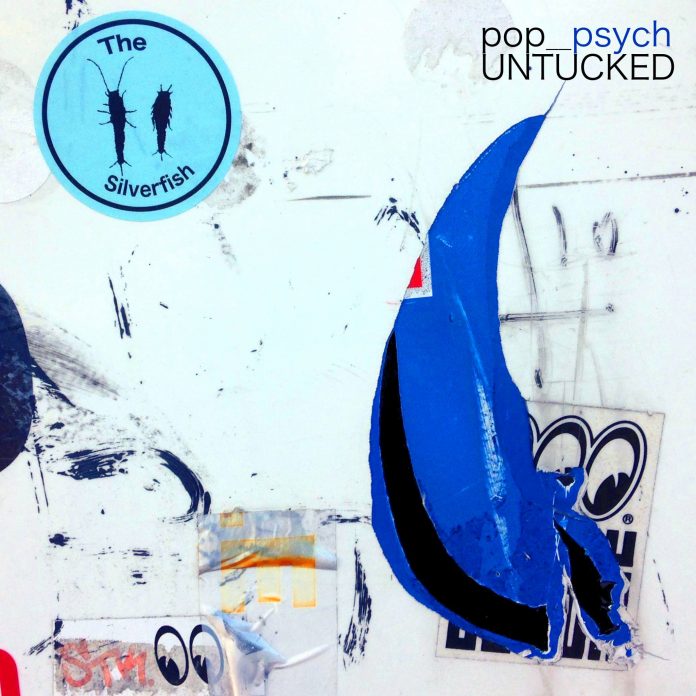 The Silverfish are one of those bands I’ve been hearing good things about since LSF was started but, to my great shame, I’ve never actually checked out. So when the band got in contact asking us to review their next single I was really keen to say yes. Actually I was rather keener when I saw that they describe themselves an art-pop band. I have a bit of a thing about bands that put themselves into art-pop/art-rock niche (Editors note: bands using this as a way to get Frank to review their releases should note that he has rather strict guidelines as what the terms art-pop/art-rock mean, he’s likely to reject anyone who just throws this into the description of their music as a way to get him to actually listen to it!). Thankfully the two tracks on The Silverfish’s single do show that ‘artfully constructed’ thing that art-pop/art-rock has, so one big box ticked.

The lead track on the single, ‘Pop Psych’, isn’t as it’s title might misleadingly suggest anything like a psych track. It’s actually, to nick the phrase used my friend when I played it to her, a bit like a post-punk/Goth track but as played by Heaven 17 with a rather nice dub twist. This sounds like a mess but isn’t, it’s actually hugely poppy and way danceable. Do feel free to throw some nice 80s’ dance moves, I did.

The stand out thing here is that this track, in common with ‘Untuck’, has so much space in places in the music that there’s almost more space than music. The thing is with that degree of space is that if the band couldn’t play it would be really obvious, thankfully they clearly know what they’re doing.

The vocals on this are fab, the main vocal has that 80s New Romantic thing going on and there are these really great backing vocals.

With all this space, the moments when the track breaks out – a really fierce bass bit, the dense end section – really feel so so powerful.

I’ve grown rather addicted to ‘Pop Psych’, this thing is so damn good.

‘Untucked’ again has that dubby feel but this time the band throw in something that sounds a bit ska-y, but this time the vocals are high pitched at least to start with. It kinda reminds me of something I’ve heard – just in the sound – but for the life of me it just won’t come to me. It’s rather more, lets say, epic in feel that ‘Pop Psych’. It has this sort of build from bass and vocals to a rather fierce guitar thing, to a dense slow keyboard thing with these drops to all light.

It’s not as immediate as ‘Pop Psych’ but listening again I began to get it. This thing people is a grower. In fact it’s one of those things that creeps into your head and just won’t leave.

Hearing the two tracks that make up the single I’m really regretting not taking a listen much much earlier to The Silverfish’s stuff. This single is just so good, so bloody addictive it should be labelled hazardous. Do I recommend it, course I do, go listen to it people. 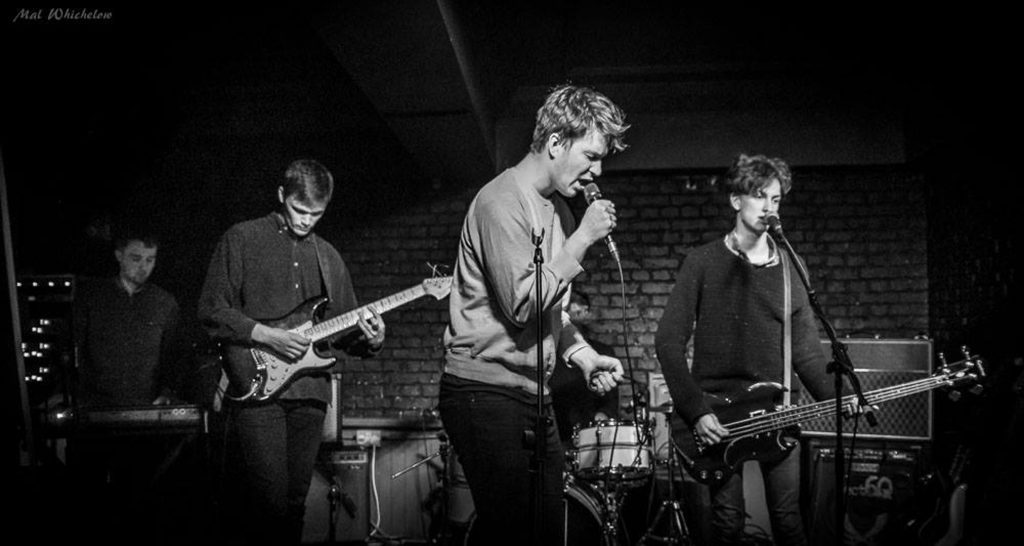 The Silverfish first met in September 2014 at the University of Sheffield and have been active on the local scene since 2016.

The band have released their debut six-track EP, Protzig, which was self-released by the band to local acclaim, with ‘Pluto’ being featured on English Rain’s Sounds of 2016 playlist and ‘Inertia’ chosen for Scruff of the Neck’s Sheffield playlist. In addition, both ‘The Cartographer’ and ‘Regulations’ were picked up and broadcast by BBC Introducing in Sheffield.

The band have played at Tramlines festival in Sheffield and have released two further singles, Fish Disco and Just Drift Back towards the end of 2017. The new single, Pop Psych/Untucked was recorded at Old Pig Farm and is due for release on 03/10/18 with a release party planned that night at The Washington.